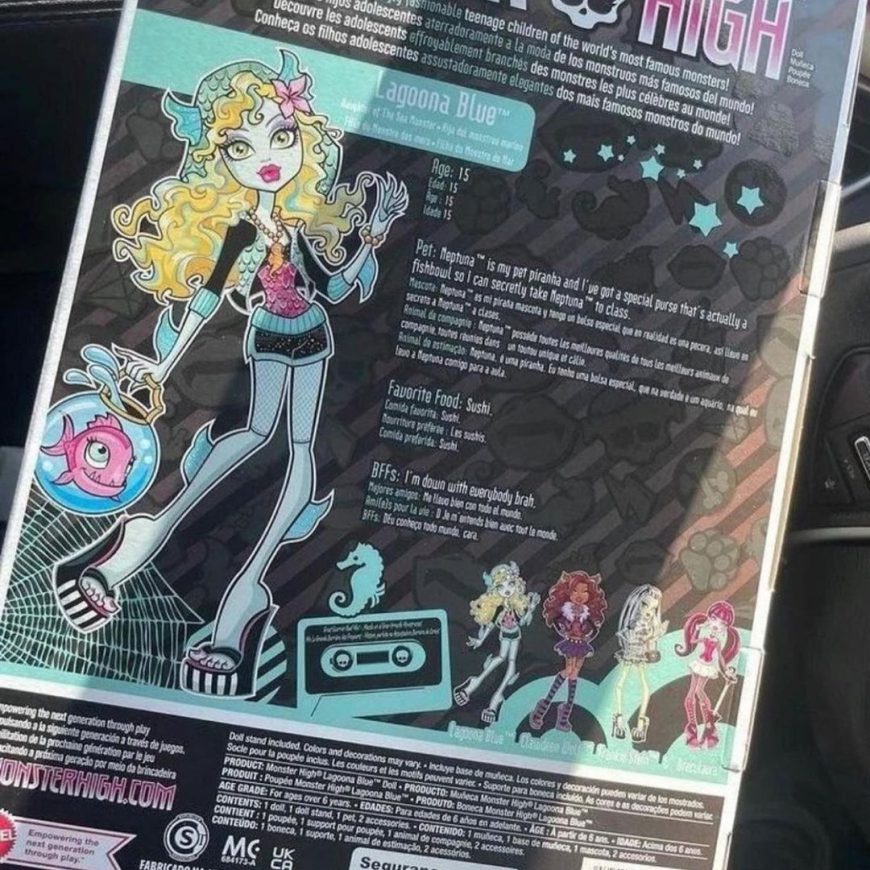 This is a really special series of toys. Just take a look at their appearance. Each doll is special and unique. If earlier we characterized them as cute, charming and glamorous dolls, now their appearance has changed significantly. But still they remain beautiful dolls with elements of mysticism. Earlier we already introduced you to the dolls from this series. With three charming monsters, but today we want to introduce another doll from this series. Her name Lagoona Blue Monster High Haunt

Lagoona Blue – it’s a sea monster. From the first moment you look at her, you will understand it. The doll has a special skin tone. As well as many elements of the marine theme. For example, fins like a fish on the hands and feet of a doll. As well as a special hat on his head in the form of fish skin. The set also includes any doll pet – this is a piranha fish