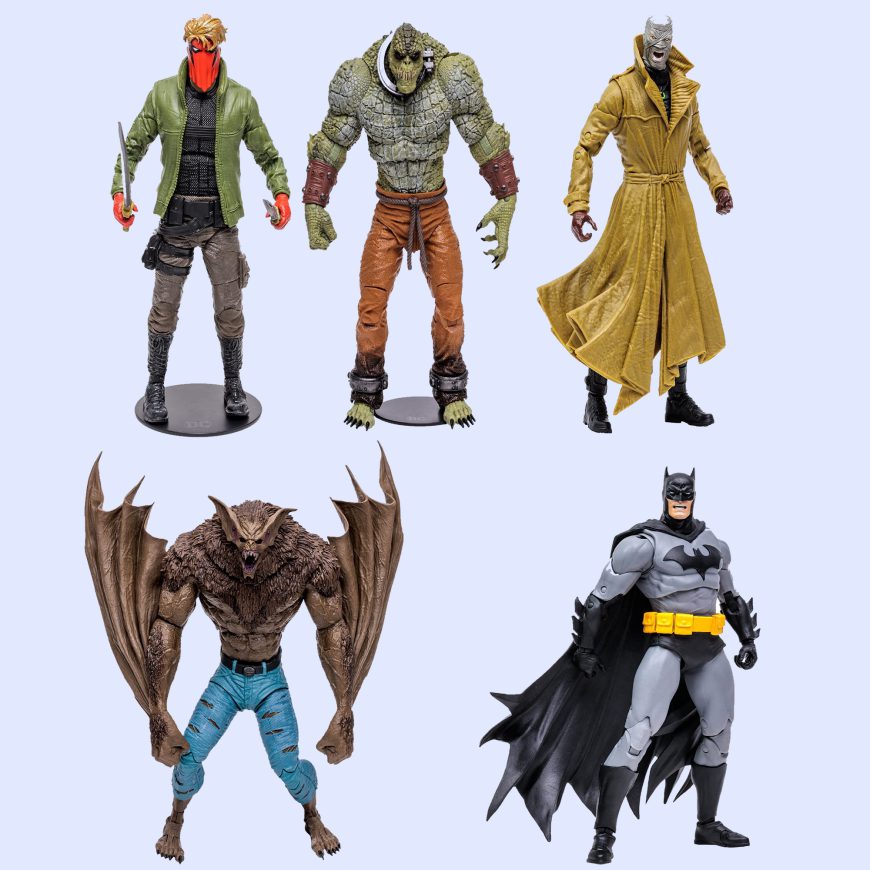 We present to your attention 5 new figures from the DC Multiverse, which will be released this year, namely in the summer of 2022. Each figurine has precise design and articulation. With hidden “joints” you can put the toy in any position.

Man-Bat Mega is a genius scientist who created the bat serum, but the formula failed. And now the scientist himself has become from Langstrom into a giant “Man-Bat”.

Highly detailed 7-inch scale (17.78cm) action figure with 22 movable parts. You can put the figurine in any position and create any role-playing scenario.

We present to your attention a 7 inch figurine of the villain named Hush. Hush is a former childhood friend of Bruce Wayne. But when Batman’s parents were killed and Bruce achieved success and fame, Hush hated him.

Like other characters, Hash has 22 moving parts, making him mega-articulate. His face and body are highly detailed.

Killer Croc – unlike other villains, this one was born this way as a mutation. He was raised by an aunt who mocked him and his appearance. Over the years, he became even bigger, even angrier, even more dangerous.

The Killer Croc figure has 22 moving parts and is super articulate. His appearance is very detailed and high quality. You will be convinced of this as soon as it falls into your hands.

We present to your attention a multipack of the main figures of Batman vs. Hush. Before your eyes, the final battle between two super Batman vs. Hush. In childhood, these two guys were friends, but Hush became jealous of the independent and rich Bruce and became a villain.

Each figure has 7″ as well as several accessories. In addition, Batman and Hush have 22 moving parts that will allow you to implement various role-playing scenarios.