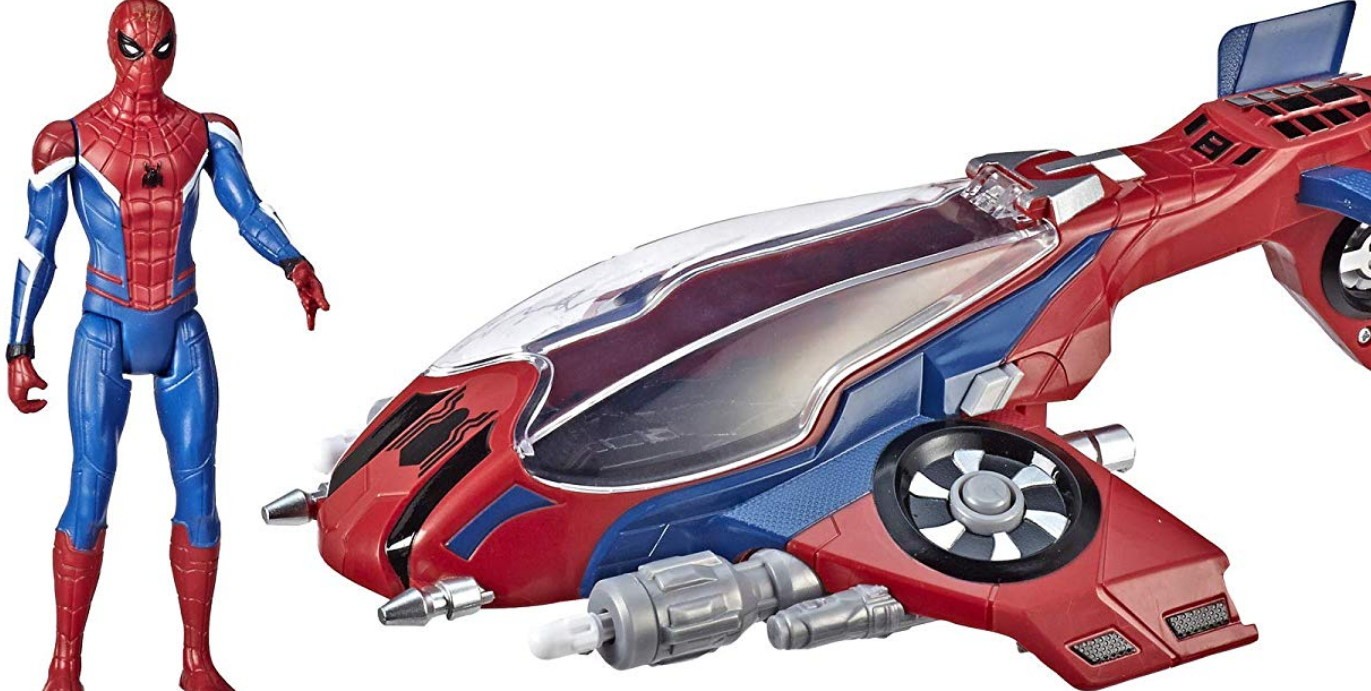 In the summer of 2019, Spider-Man is as popular as ever, because we will return to the events of a superhero movie! Find out how to complete the epic story Avengers Marvel Studios: Endgame (Final).

In Spider-Man: Far From Home Peter Parker goes on vacation to Europe with his classmates. There, he realizes that Spider-Man is needed in Europe no less than in New York. 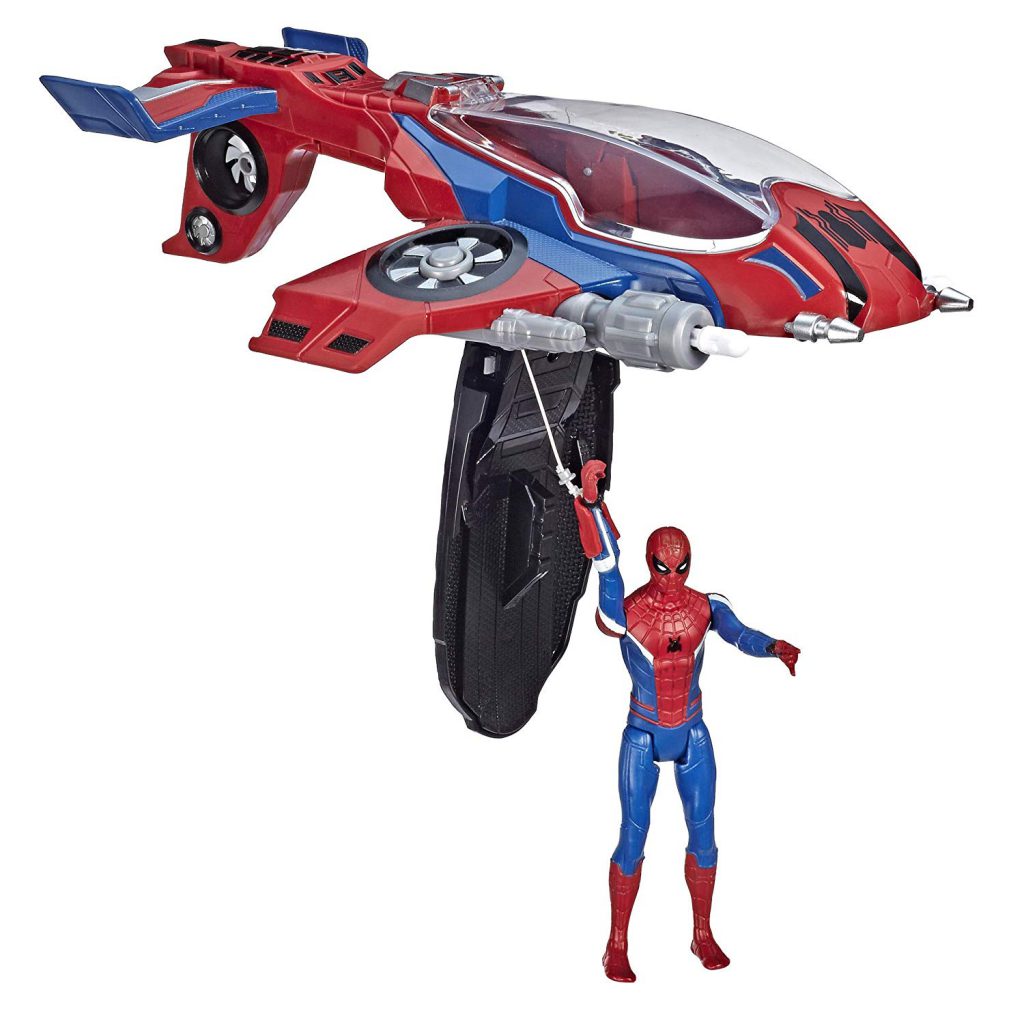 After the film, children, of course, will want to arrange adventures at home, and Hasbro offers a full range of toys based on the movie Spiderman: Far from Home (2019), including the popular 6-inch (about 15 cm) moving figures and vehicles.

In this line of toys there are a lot of interesting things, but especially impressive is the Spider-Jet . He embodies the wildest dreams of adventure, quickly taking us away from home! Peter goes to new heights, soars above the city!

The figure can be placed inside the cabin! 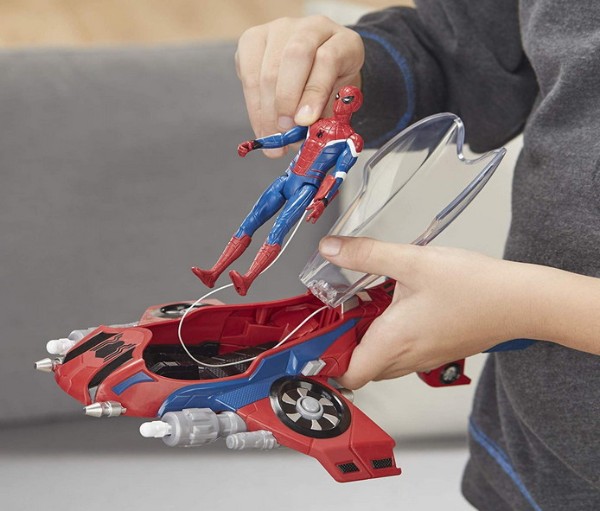 If you put the figure in the plane and press the silver button, then we will save our hero by catapulting him! The figure will fly out of the jet and will hang on the rope.

Then you can wind the rope and send the Spider-Man back to the cabin. 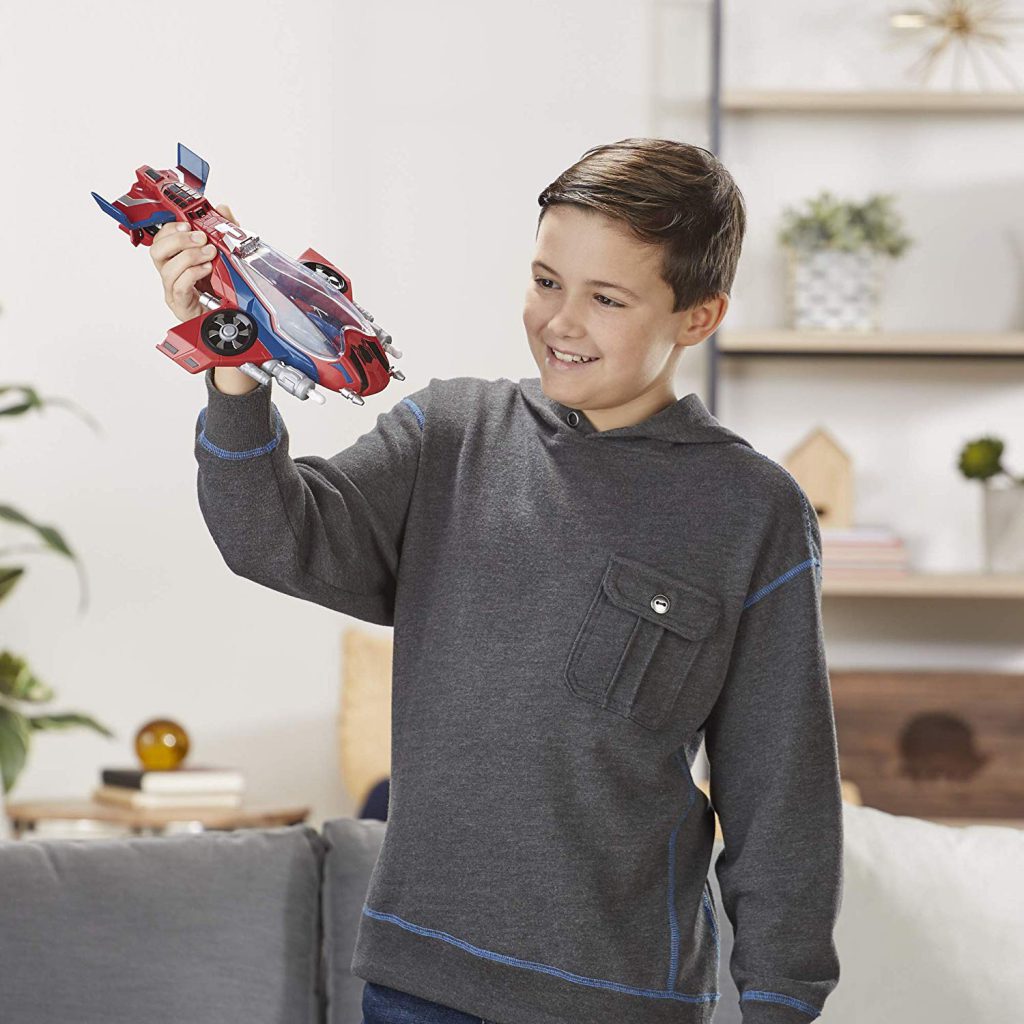 On the wings of the Spider-Jet there are combat weapons, which launch a pair of missiles from each wing. 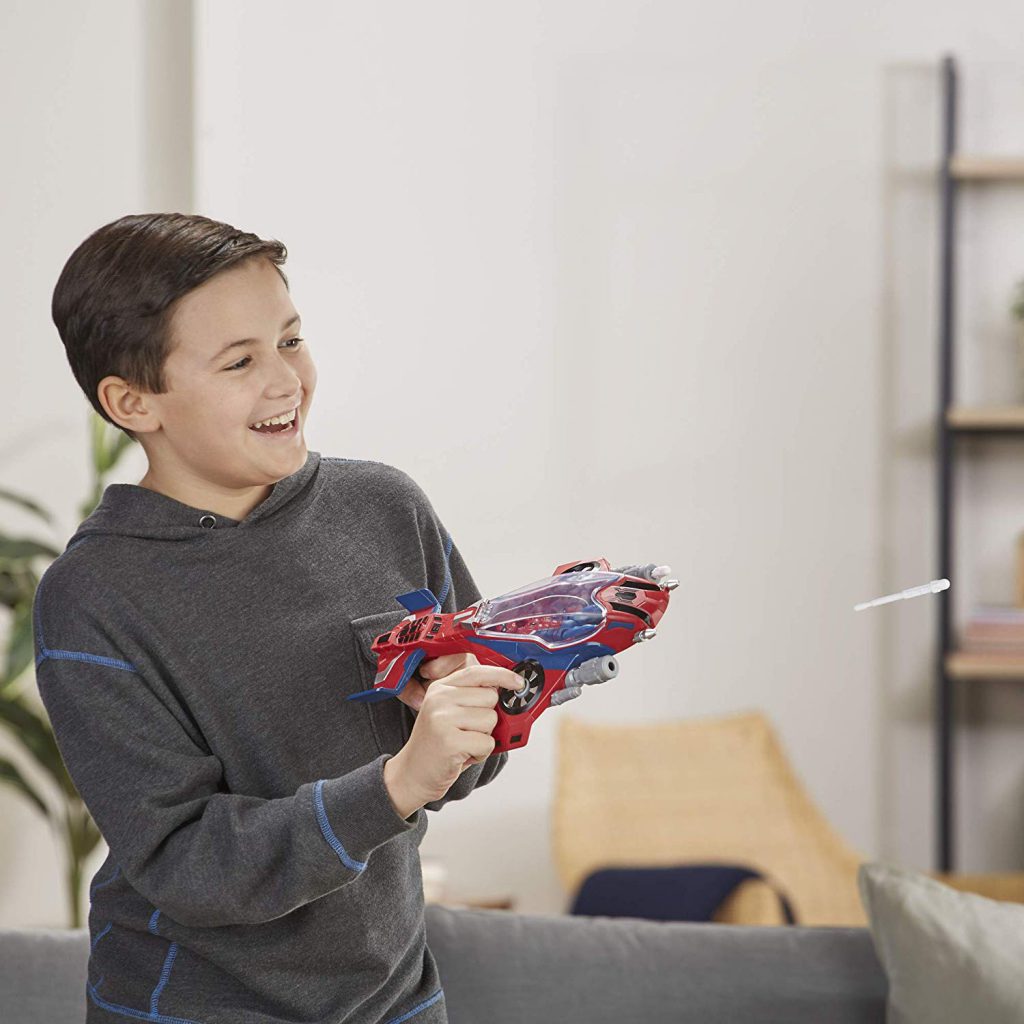 What villain will we win? Let the children decide for themselves! 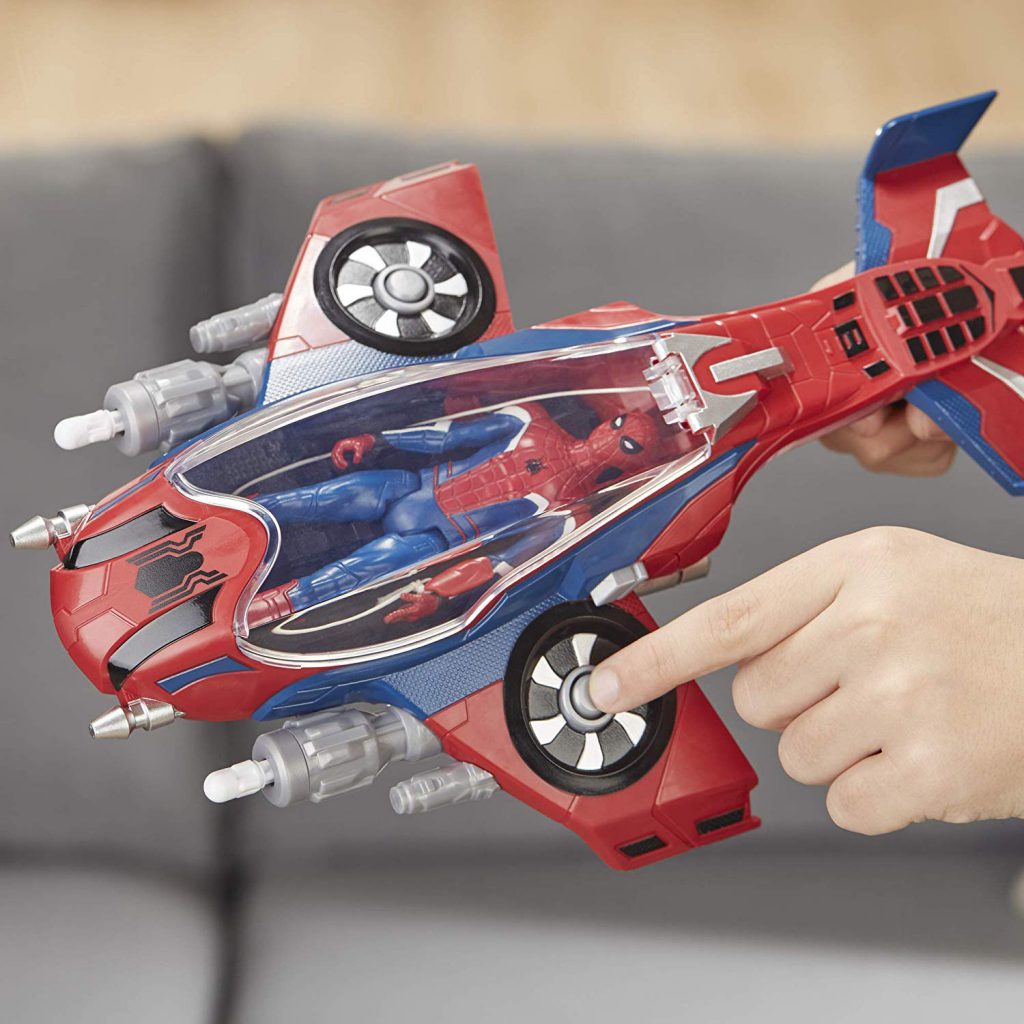 This aircraft is suitable for playing both at home and on the street. This is a toy that will begin a real flight of fantasy! The vehicle is compatible with other 6-inch figures of the extensive Marvel Hasbro collection.