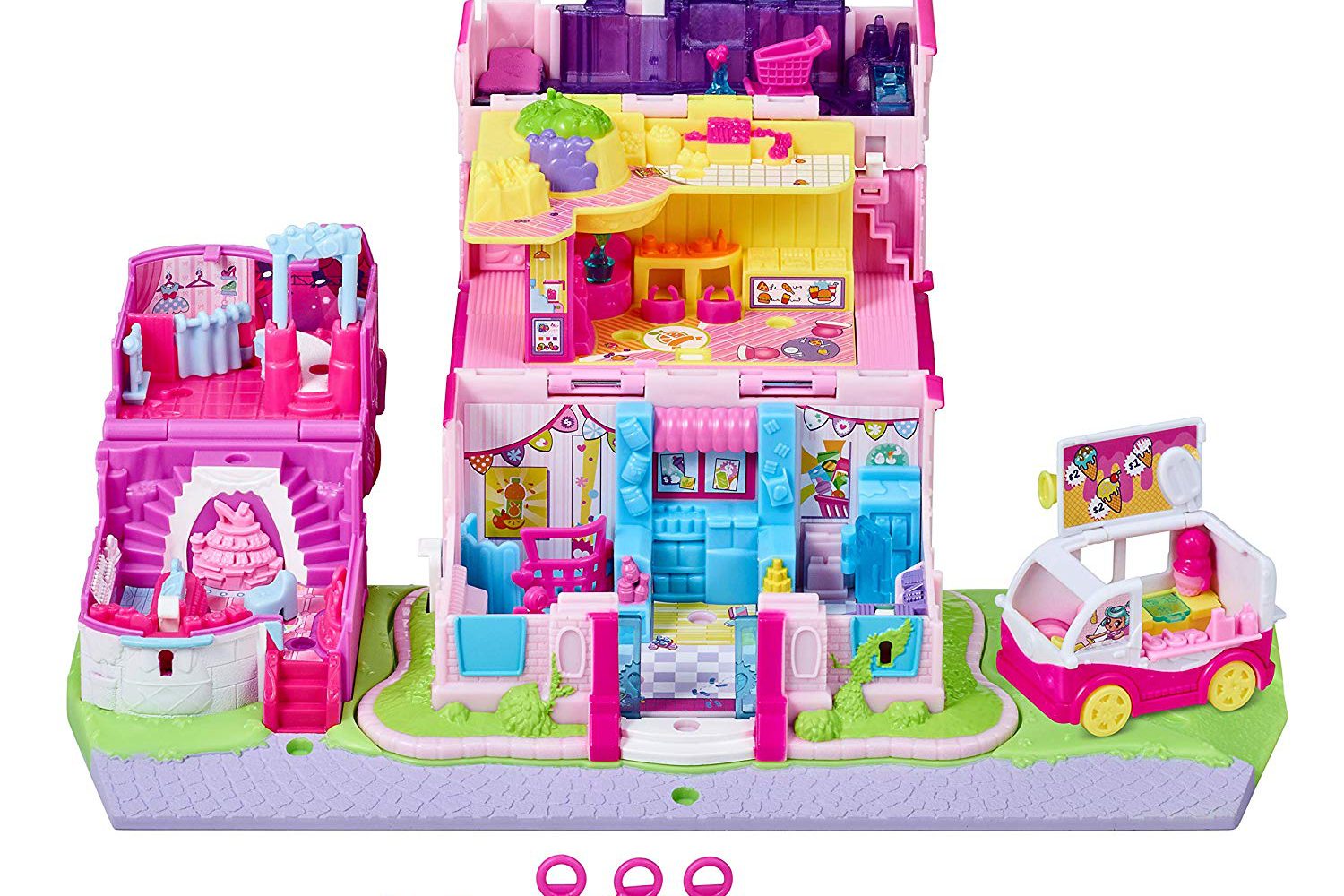 We present a novelty among Shopkins. Shopkins 3 season called Small Mall Multi surprises many lovers of this toys series with its diversity and fascinating appearance.

Secret Small Mall – is ultimate transforming playset. This set will interest any child because with it you can not only play a standard way, but also non-standard. Shopkins Lil’ Secrets Small Mall is a whole world of adventure and imagination for any child. 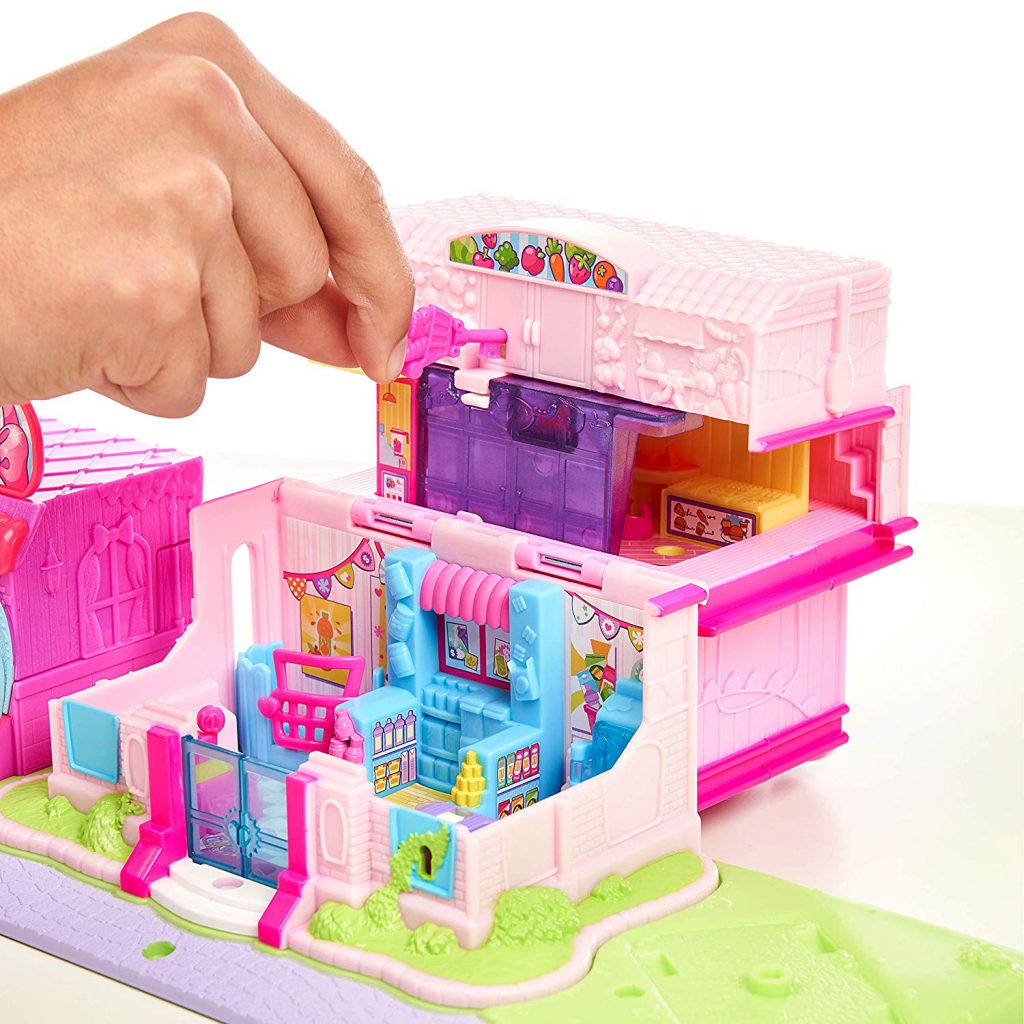 Using such a set of toys, children waiting for a lot of unforgettable moments and pleasant impressions. Shopkins Small Mall consists of a large grocery store (supermarket), fashion store and ice cream truck Cool Scoop. Both the store and the ice cream truck are very bright, have a nice look and lots of detail. But the main feature of such a set in its multi-level.

Using the special keys that are included in the set you can open a secret lock and uncover the mysterious levels inside. For example, a large store has 3 levels: on the first there is a supermarket, on the second food court and on the third – frozen aisle. At each level there are a lot of detailed things that look very realistic.

As for the clothing store, it is two levels. On the first floor of the store itself, and on the second fitting room. This store looks like a real boutique. Ice cream truck is very cute and pretty. Thanks to the wheels it is easy to move from place to place. Each level opens with its own key, so the child can play by opening all levels or leaving a certain level closed. Use your key to unlock a world of surprises inside Shopkins Lil’ Secrets Secret Small Mall 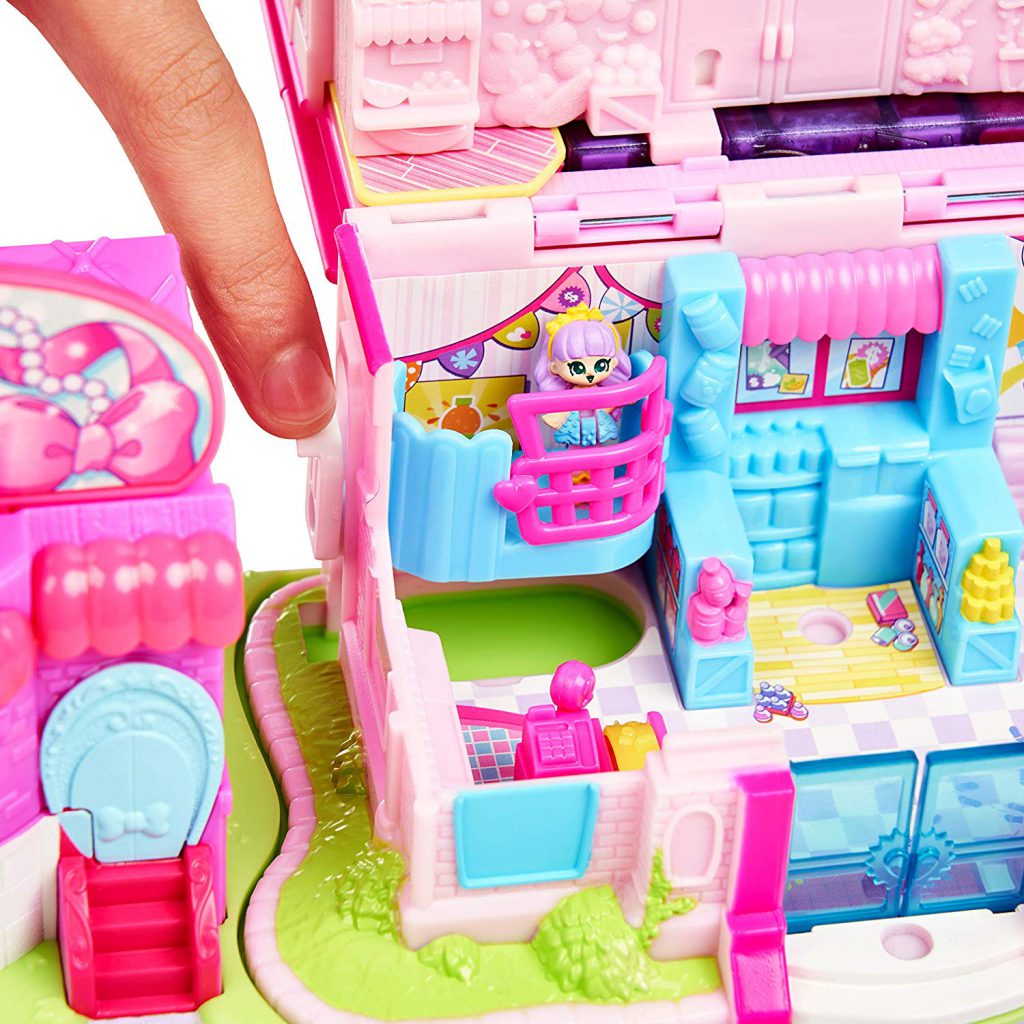 Each level is different from the other in style and purpose. At the second level of the supermarket there is even a special elevator that can put your doll on the third floor.

As for the dolls, in this set you will find 2 exclusive teeny shoppies dolls. These dolls will be excellent citizens of your small town. Want more? Than collect all 6 Secret Shops and the Secret Small Mall to build your very own Shopville street scene!

This set is perfect for a child of 5 years and older. Playing with such a set, the child develops his imagination, didactic skills and even a sense of style and taste. A child can create a large number of scenes and various kinds of situations, and the dolls are the best suited for the role of the inhabitants of the fantasy world of your baby.

If you want to buy this amazing Shopkins set for yourself, you can do it, but just little later. This item will be released on August 5, 2019. So you need to wait for a little time.

The price of the new Shopkins Lil’ Secrets Small Mall is about $ 49.99. Nice price for nice set of toys