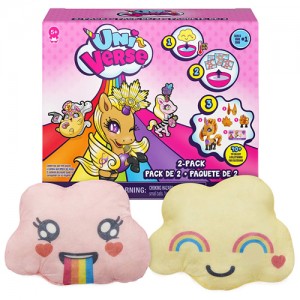 Novelties in the toy world do not cease to amaze at the end of 2019. Right on New Year’s Eve 2020 and Christmas 2019, Spin Master presented surprises in clouds with a rainbow. This series of toys is called Uni-verse Surprise Unicorns.

As always, the process of unpacking surprises and brings a lot of positive emotions. 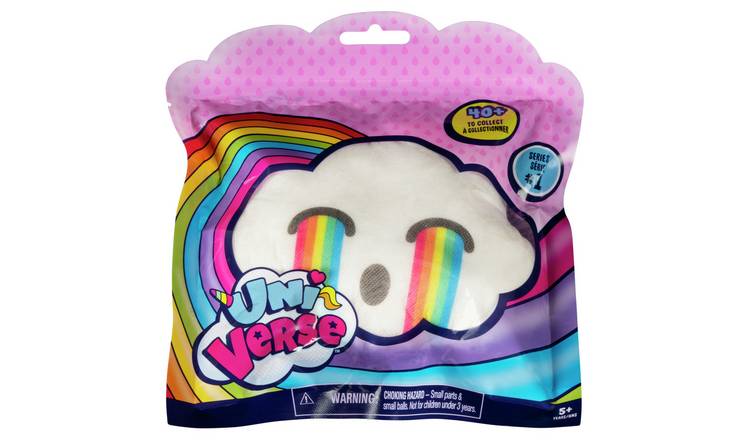 Unicorn game figures come in double packs of Uni-verse Surprise Unicorns. The packages are two clouds: a white cloud crying with a rainbow, and a pink cloud with a rainbow tongue and cheeks-hearts. 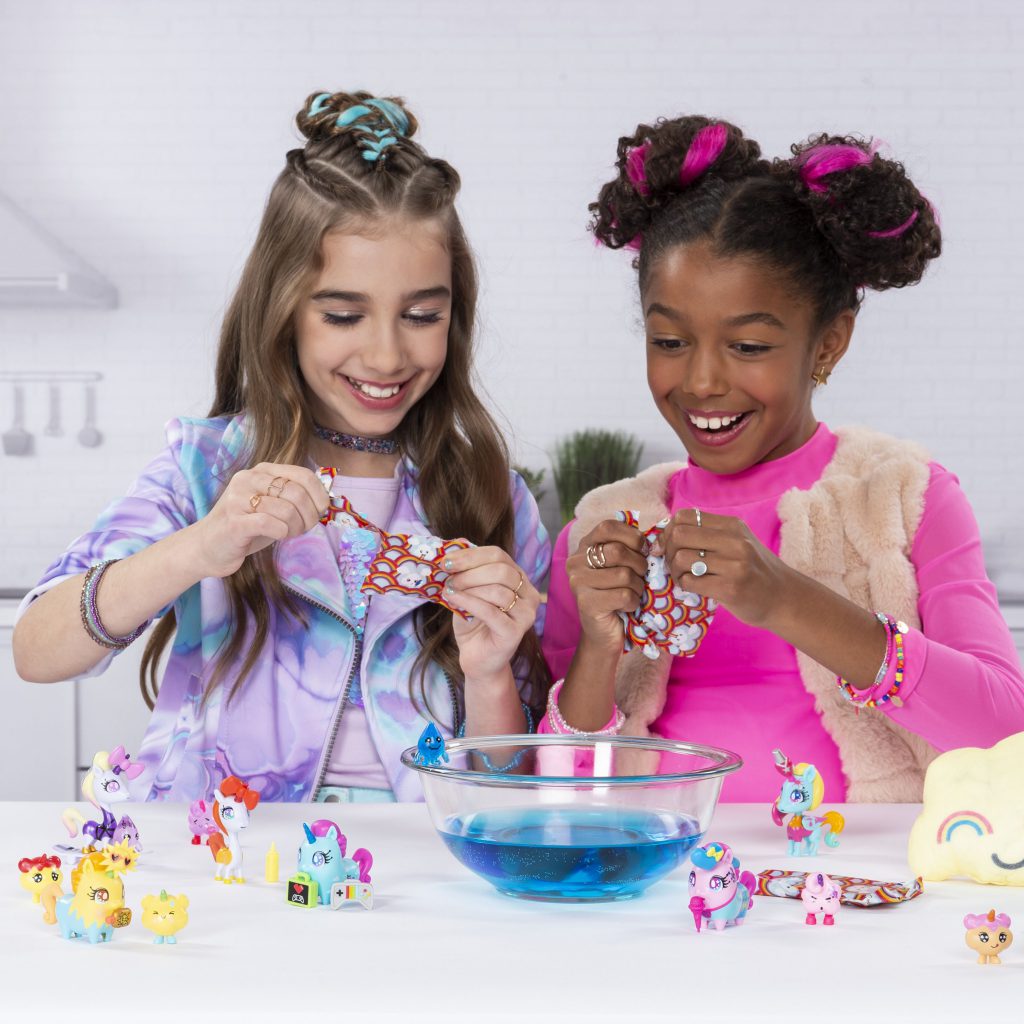 The novelty comes in a bright pink box. 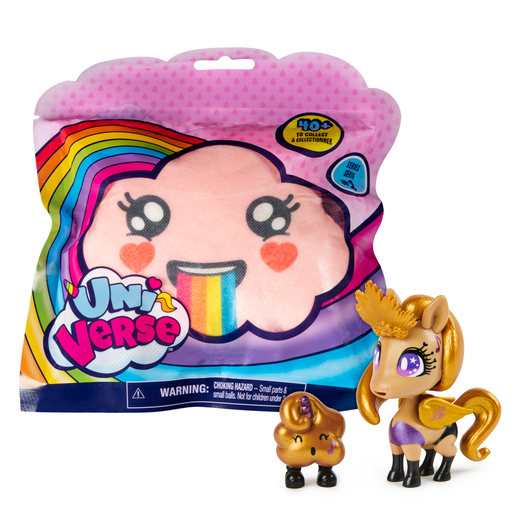 Inside, after dissolving the clouds in the water, which turns into a colorful slime, and unpacking bags with rainbows, you can find:

The collection has more than 40 Uni-verse unicorns. Some of the toys smell good. Some have a cool mane, and some glow in the dark.

Each unicorn has two accessories for jewelry or entertainment (lipstick, donuts, handbags, beard, skateboard, microphone, etc.). Between themselves figures can change accessories.

In these worlds, unicorns can adore donuts, makeup, be stars and dress up accordingly.