The Barbie brand celebrates its 60th anniversary and in honor of its anniversary, the company released a limited series of toys called Barbie BMR1959. This dolls have already been put on sale and have become a real bestseller for Amazon. What is the peculiarity of such toys and how to look like a collection of Barbie series, see the article below.

Such dolls have an unusual appearance: a stylish, bright appearance and a very detailed image. This collection is dedicated to self-expression and personal style. All dolls in this series have sports, street-style clothing. Sure, many of your parents will probably recognize their image by looking at one of these dolls.

Each doll is 32 cm high. In addition, it has a special stand for viewing the appearance of the doll. Install your doll on a special platform and then you can review your barbie in 360 degrees.

Each doll from this series is sold in special packaging. Such packaging is very similar to a shoe box, very unusual as for packing toys. The inscription on the packaging itself

The BMR1959 collection celebrates the fashion heritage of Barbie and showcases how current trends influence the brand. These bold, fully posable dolls capture the diverse looks found in today‘s street wear culture. From high-low fasion mixes, re-imagined ‘90s gear to juxtaposed patterns, textures, and silhouettes, this curated ensamble is all about personal expression and style.

Another important feature of such a doll is the moving parts of the body. For example, the legs and arms of a doll. Thanks to this, you can easily dress and undress your doll.

The first character in the line was Barbie Ken. This is a stylish guy with a fashionable and even daring hairstyle. Such a character has a very fashionable appearance:

The next character is different from the previous one. Take the hairstyle. Long, curly white hair without a special hairstyle. Thanks to the cap, the hairstyle looks neat. As for clothes, such a Ken is dressed in a special multi-colored sweatshirt and not a bright color shorts. Instead of shoes, he has long socks. It is noteworthy that there are a lot of logo on clothes BMR 1959. 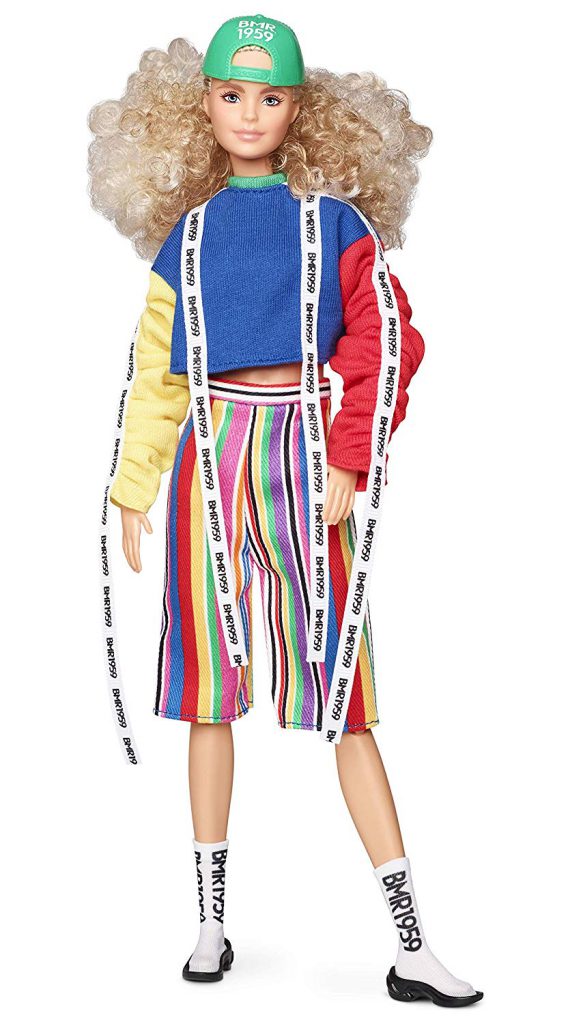 As for the hairstyle, this Ken has short neon hair. Neon is in perfect harmony with the doll’s neon overalls. A stylish blue jacket and a purple t-shirt complete the look. As in previous characters on clothes there is a lot logo BMR 1959. 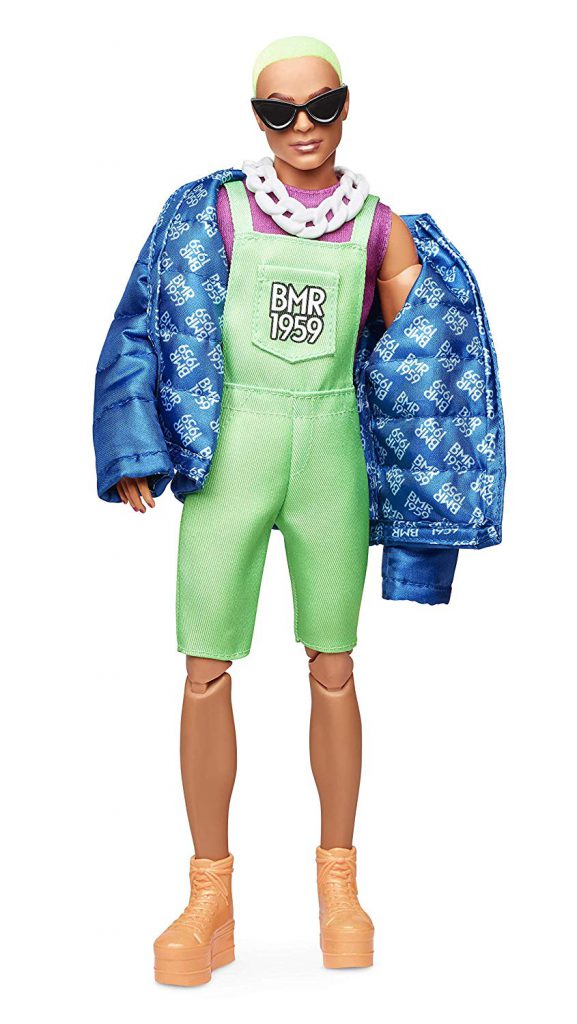 A bright, stylish and attractive doll at number 4 will appeal to everyone. Just look at her rosy hair. The doll is dressed in clear vinyl bomber jacket & floral hoodie dress.

The last character in this series of dolls is an unusual Barbie doll. Just look at her hair. Long braids of golden color with a top-bun on the head. As for clothes, such a doll is dressed a cropped sweatshirt over a bike shorts romper.