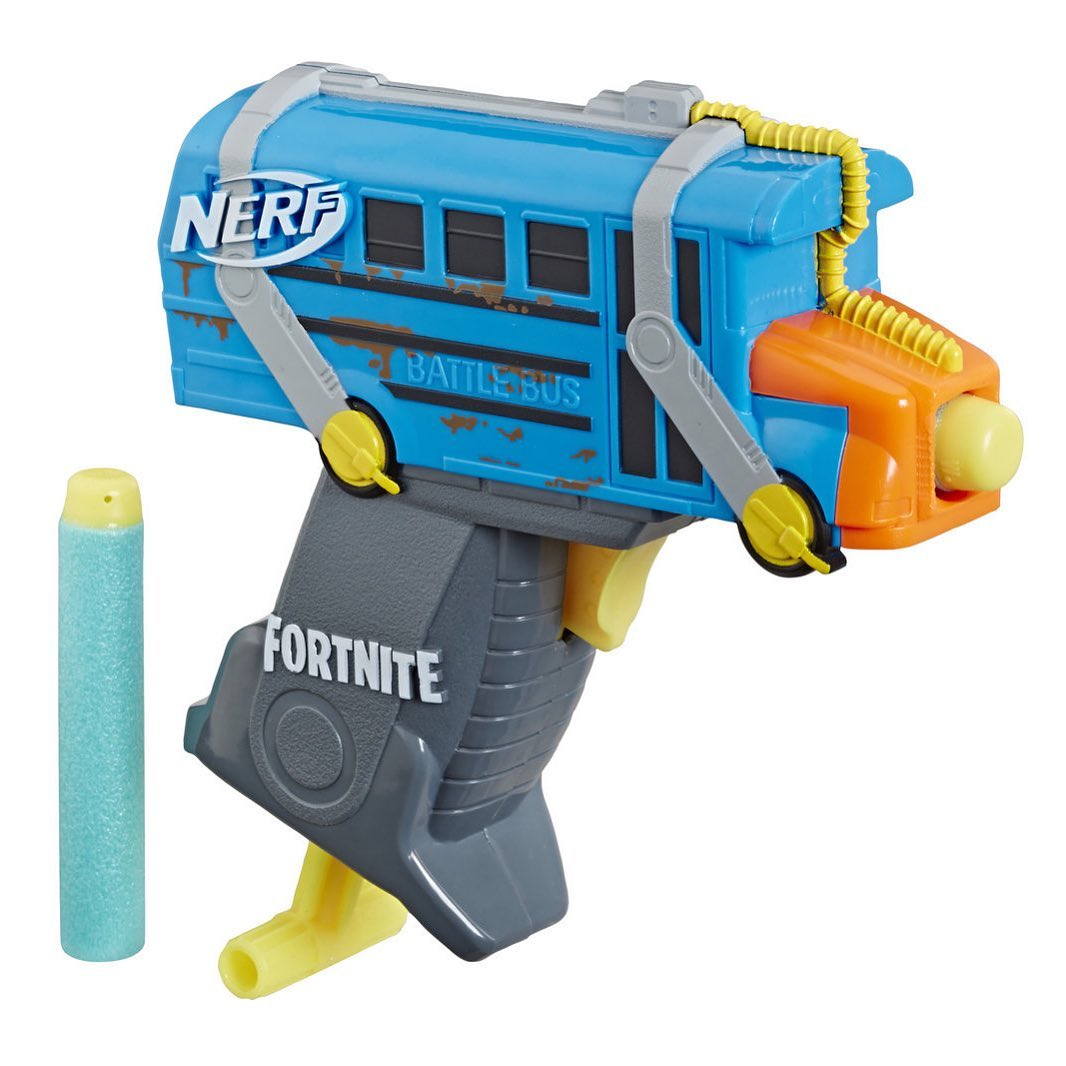 Nerf series blasters are considered the most popular and safest for children. The Nerf company produces various kinds and styles of blasters for children of various kinds. The characteristics of such blasters, as well as the appearance, differ from each other. The only thing the company does not allow for differences is in the quality and safe use of its weapons for children.

Recently, Nerf launched a new product on the toy market. The novelty was a new blaster called NERF Fortnite Micro Battle Bus Microshots.  The most important and interesting in such a novelty was certainly the appearance. 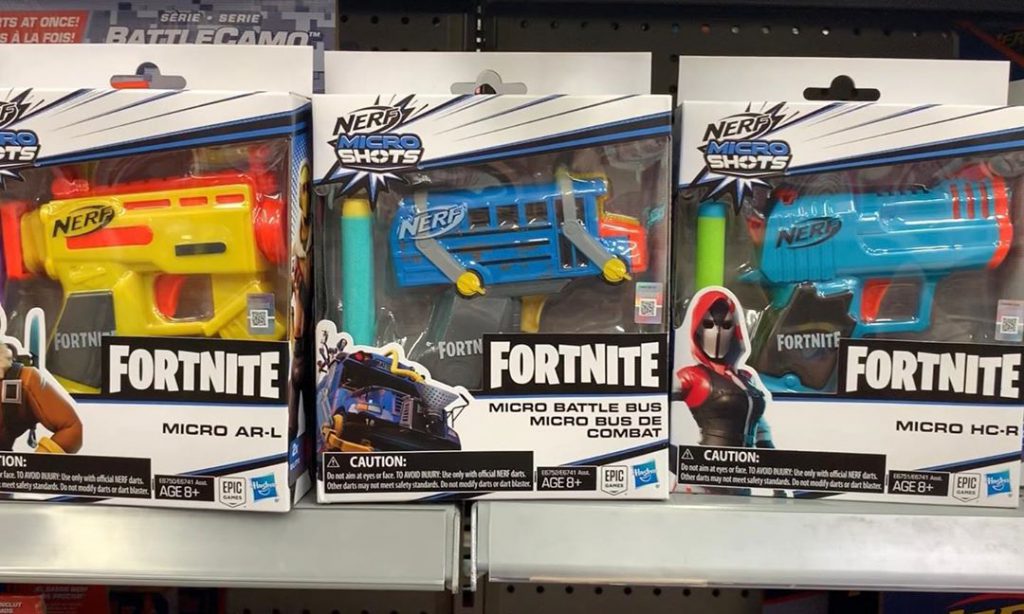 Apparently, not only the fans, but also the Nerf owners are fans of one of the most popular video games in the world called Fortnight battle Royale. Why did we decide this? Everything is simple. Just only look at the new blaster. Not quite ordinary and standard for blasters, is not it. As soon as you see such a blaster for the first time, you understand why it is called that way and its relation to the cult game.

Developers of this blaster decided to please their customers with a novelty and surprise many fans of the game by releasing such an amazing blaster. What is the peculiarity of such a blaster? The blaster itself looks like a bus from the above mentioned game – Fortnight.

The upper part of the blaster is 100% similar to the bus that appears in the game and brings players to the battlefield. The similarities here are truly phenomenal. Thus, the developers managed to combine two popular things: high-quality blasters and an important element from the world-famous game.

The first time you see this blaster, you won’t mistake it for nothing. The bus looks exactly like in the game. Manufacturers complied with all the details and made a copy of the gaming bus exactly.

This blaster has a set of 2 darts. But you can shoot with only one shell. It means in one time the blaster fires one shot. Then reloading is needed and you can fire a second shot again. Therefore, your shots must be very aimed, because here each shot is very important

Of course, for the parents, the safety of their children is important in the first place. All Nerf blasters turn their attention to the safety of their products, since the direct customers of such toys are children. The darts that are used in the shot have a soft form specially designed so as not to injure the child with a direct hit 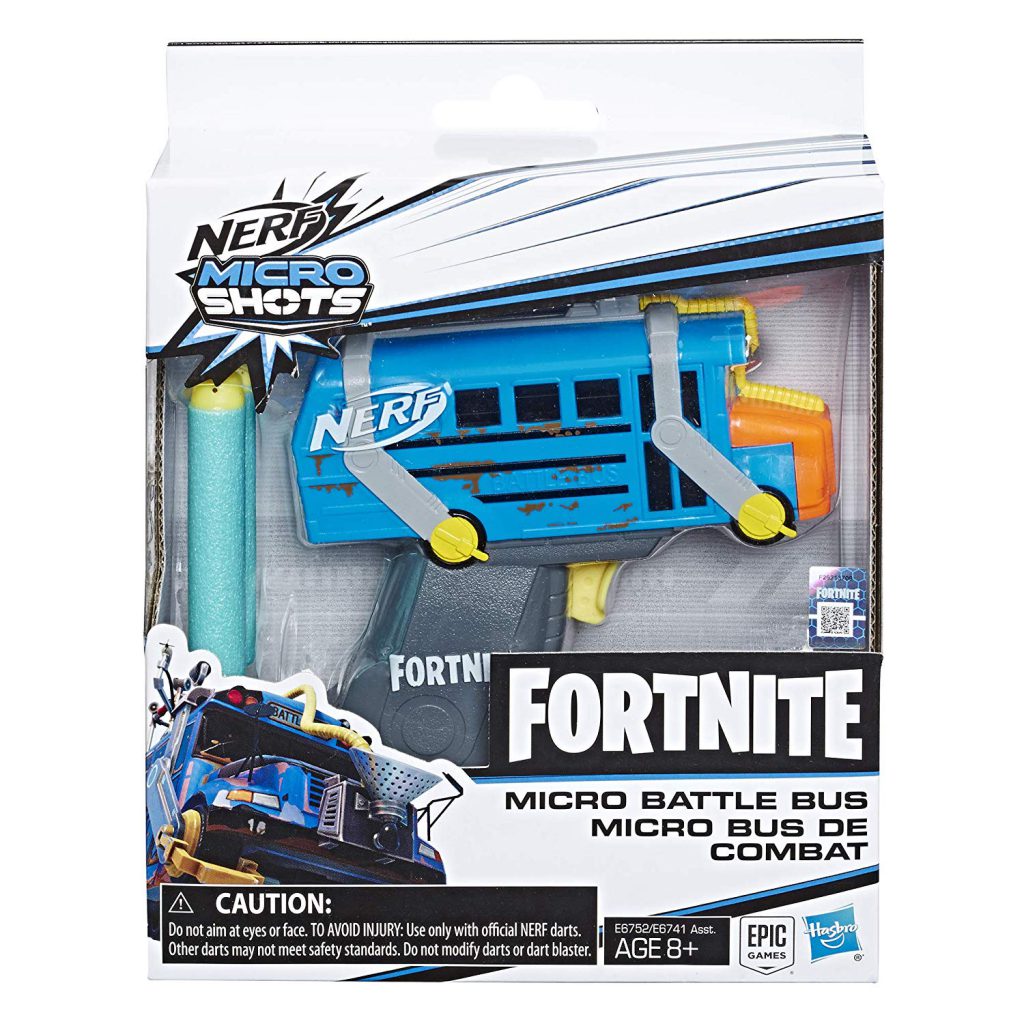 Who can play such blaster?

If you think that only children can play with such toys, you are deeply mistaken. Nerf blasters designed to use for Kids, Teens and even Adults. Such blasters will help you have a good and fun time with your children, but no one will suffer.

If you want to buy one of these amazing NERF Fortnite Micro Battle for yourself, you can do it, because this set is available on August 5th, 2019 (if you order within 11 hrs 15 mins and choose paid shipping at checkout) or August 8th ( if you choose FREE Shipping at checkout)

Price is one of the important issues for many parents. But we hasten to assure you the price of this blaster is more than reasonable. Just for $ 10.30 you can buy a blaster and give your child a lot of unforgettable moments.