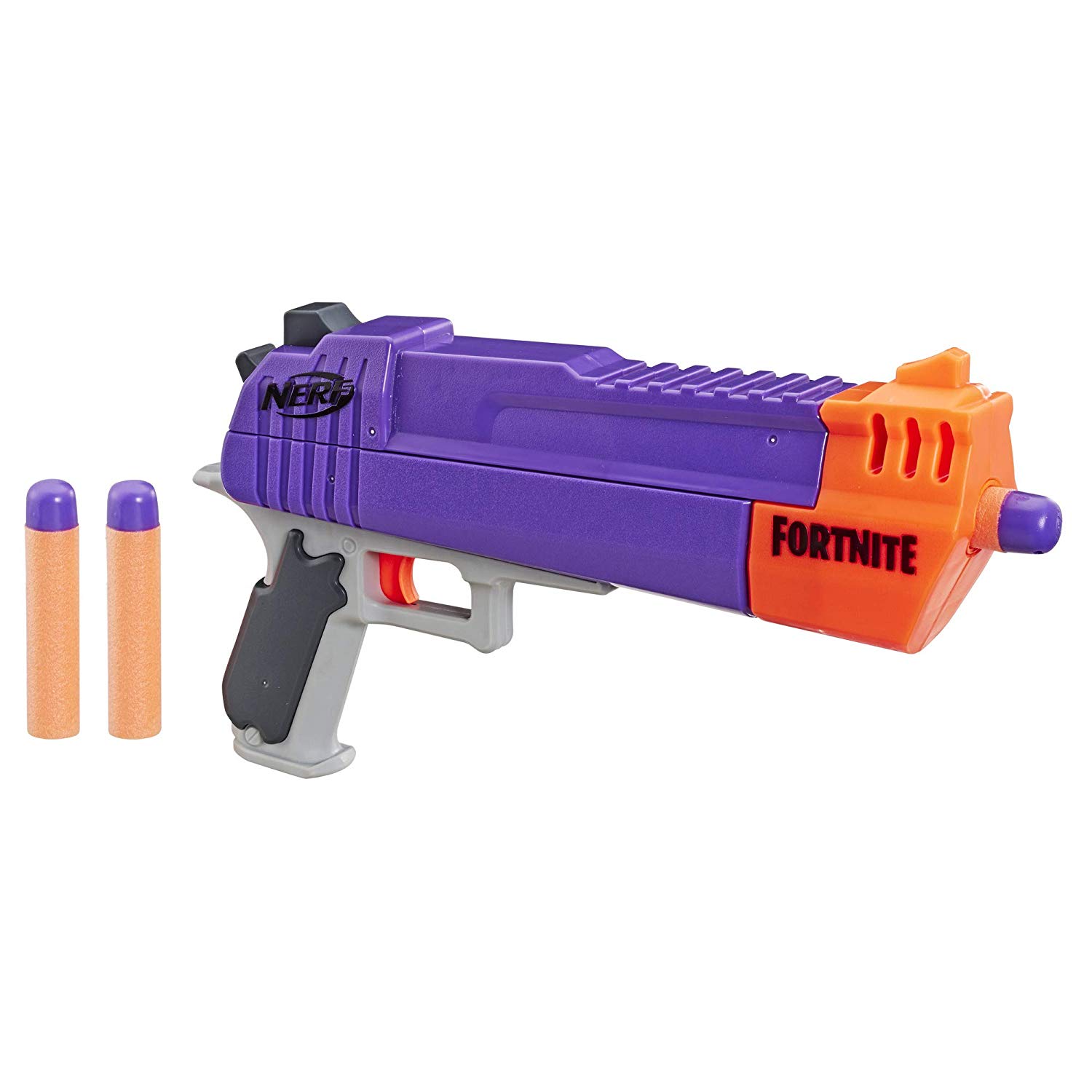 Another novelty among the Nerf blasters. New Fortnite style blaster. Do you want to feel like your favorite character from the game? Do you want the same weapon as the best Fortnite player? Do you want the game to become a reality? Now this opportunity has appeared.

Nerf HC-E Mega Dart – is a new blaster in Fortnite style. This blaster has a 100% similar to the blaster from the game. NERF Fortnite Blaster HC-E Mega Dart is a stylish and very interesting blaster. Such blaster will help you feel like a character from a game Fortnite. Like every Nerf weapon, this blaster has its own advantages and features: 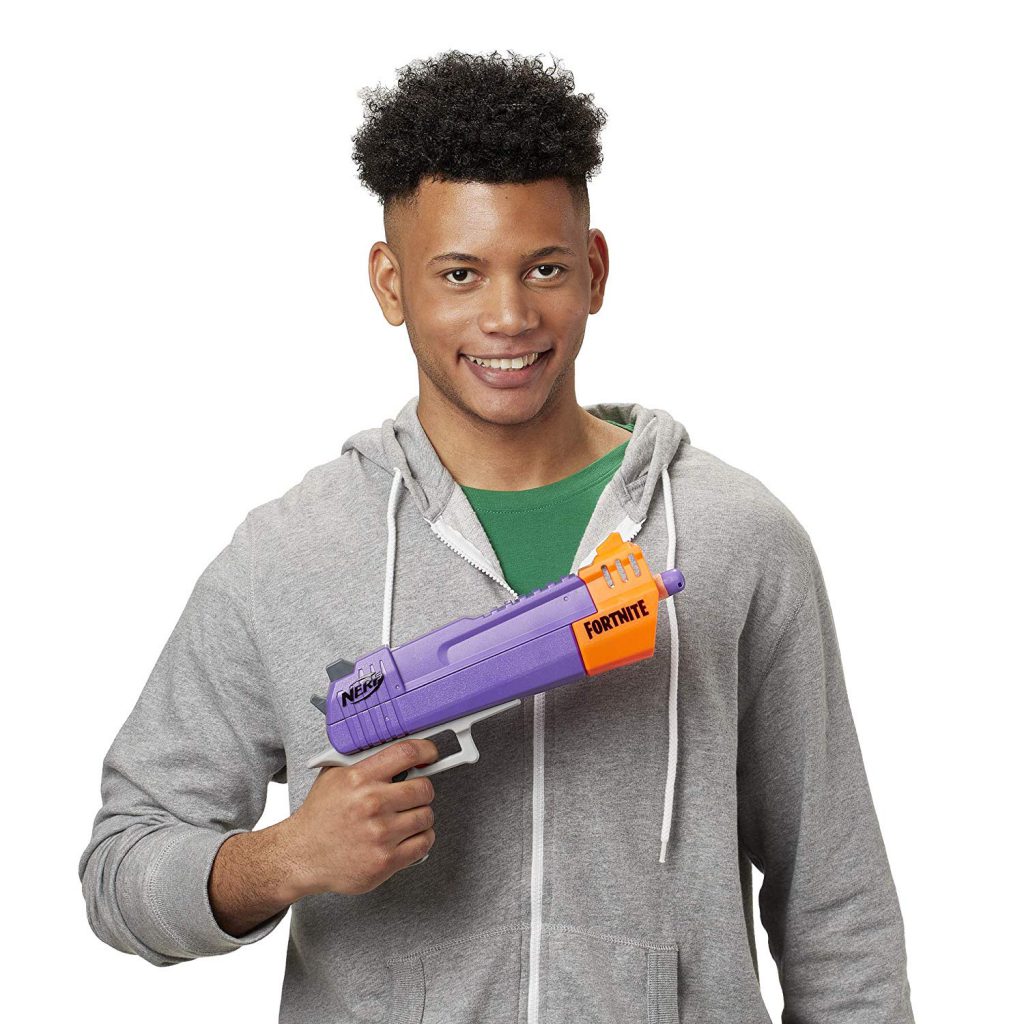 In the summer 2019, Nerf released a series of Fortnay-style blasters. This series of blasters has weapons of various types and combat characteristics, for example, a blaster in the form of a Fortnite bus or a whole rocket launcher in the Fornite style. Fans of this game will definitely find an option for themselves.

This blaster makes one shot one darts, but in the set you will find 3 mega darts. You can only shoot one dart at a time.

Nerf carefully monitors its reputation. All blasters of this company undergo special endurance testing and most importantly safety. And only after a thorough check, the blaster enters the sales market. This Fortnite style blaster has successfully passed all the tests.
Many parents believe that playing with weapons may end badly, even if we are talking about children’s weapons, but not with Nerf weapons. All darts are made of soft foam material, therefore, when dropping, the child will not feel pain and do not receive other injuries. Playing such a blaster is always fun and interesting. 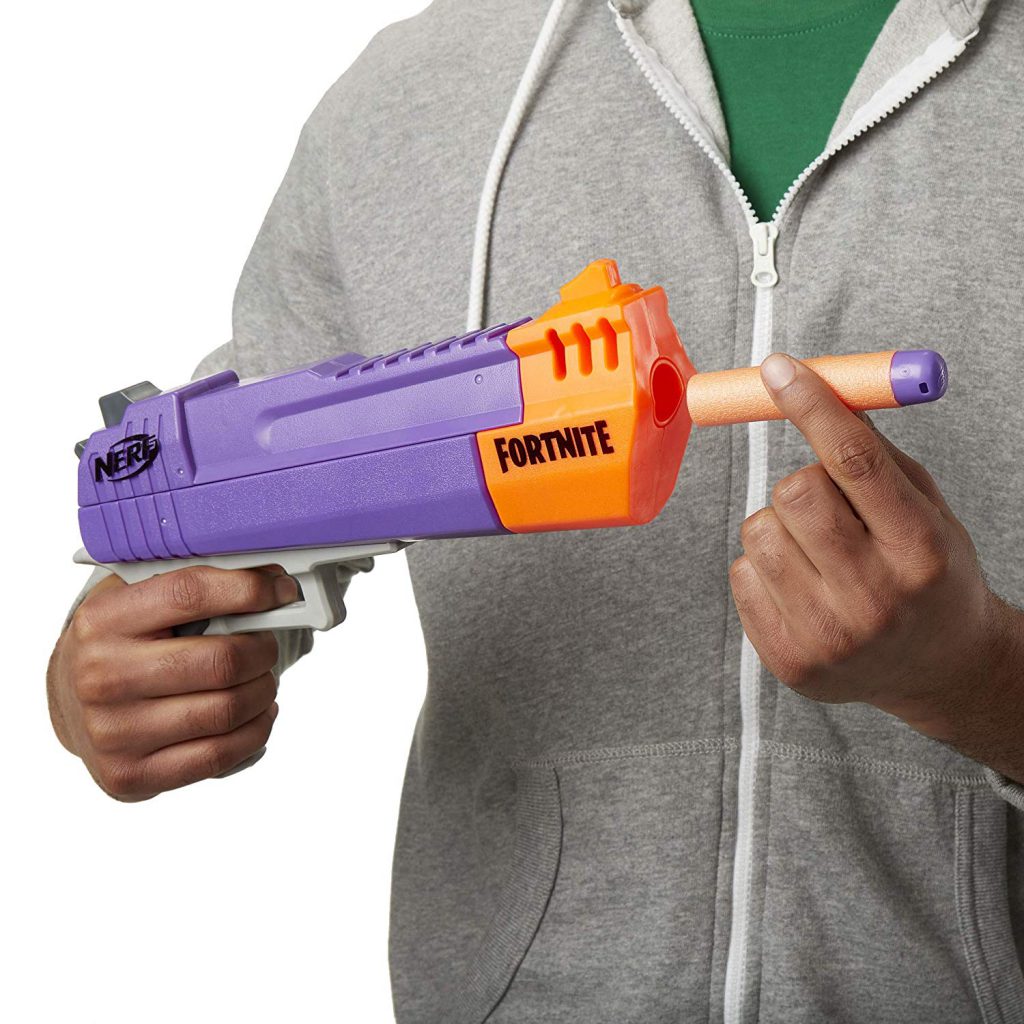 Who can play with such a weapon?

Each of us is a child in the soul. Sure such a blaster wants to play any and even an adult. As for the recommended age, then play with a blaster HC-E Mega Dart maybe a child older than 8 years old, with regard to age restrictions, then it is not here. Anyone can play such a blaster starting from a child (8+) or a teenager, but also an adult.

You can arrange whole competitions, team fights or family battles. Play with your children and have fun with your family. Or make an unforgettable gift for your child. Make your son childhood dreams come true!

In stock this blaster will appear on September 13th, 2019. So soon you will be able to buy such great blaster. 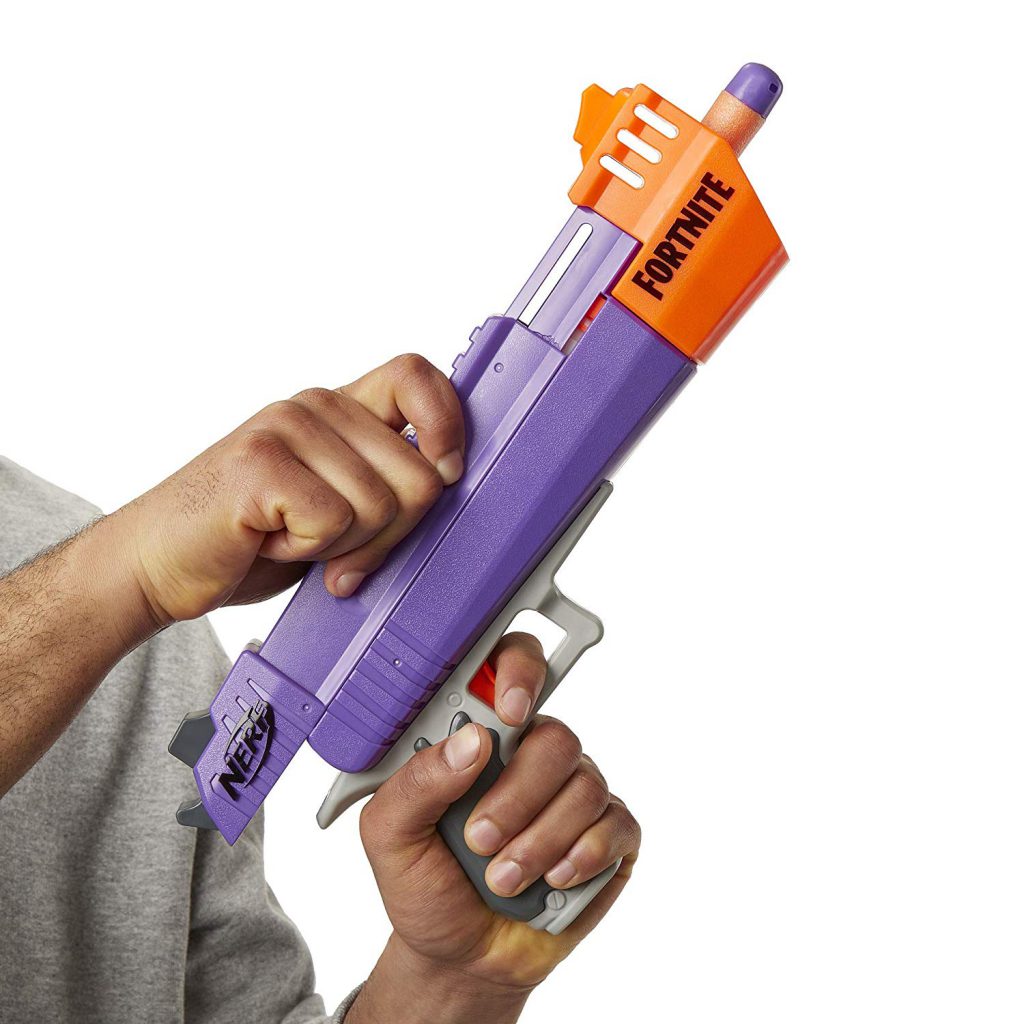 How much do you think this blaster can cost? Only $ 14.97 and your child will be able to get a unique and mega-strong weapon, a weapon that will win any children’s battles and fight.