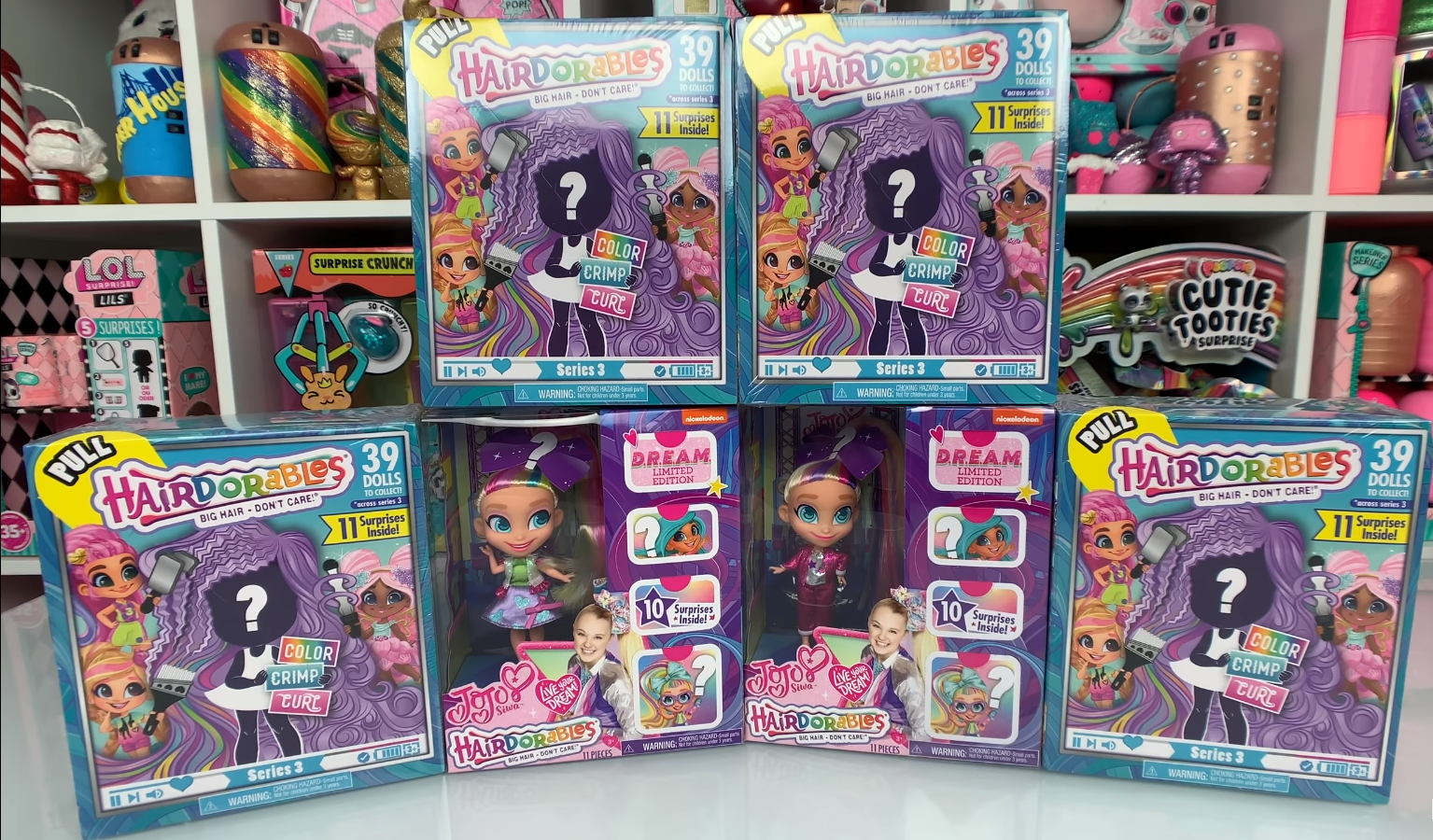 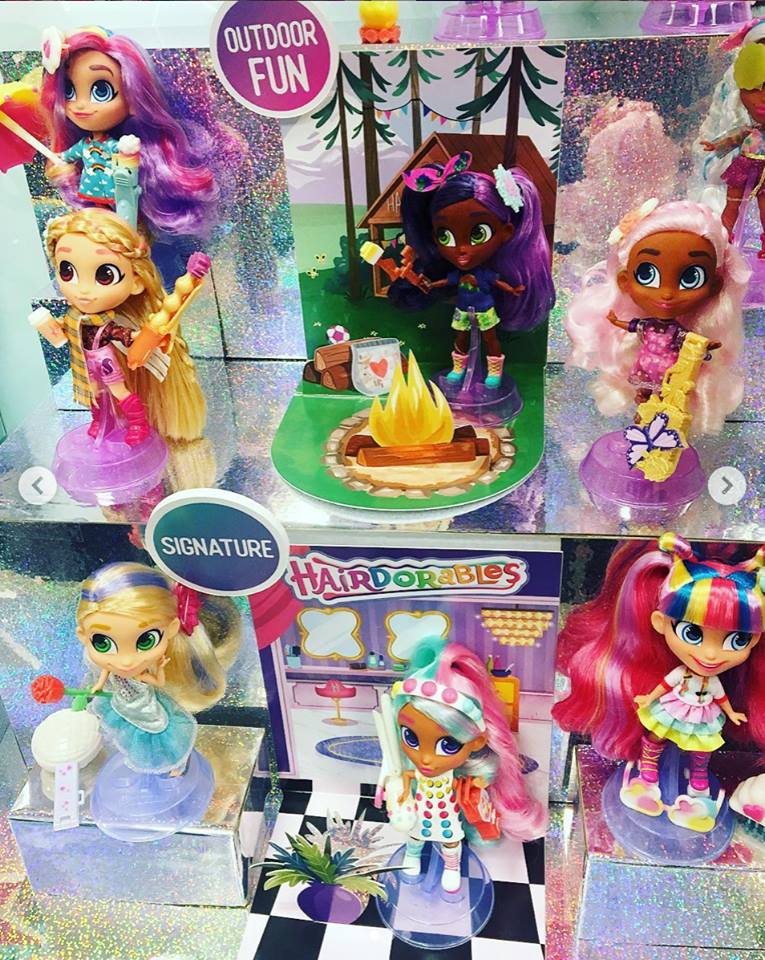 HairDorables dolls, which be20me alternative well-known sisters from the Lol Surprise series, received several updates at once in 2019. What will please the children the company Just Play and what will surprise fans of dolls, boys, pets and baby dolls? 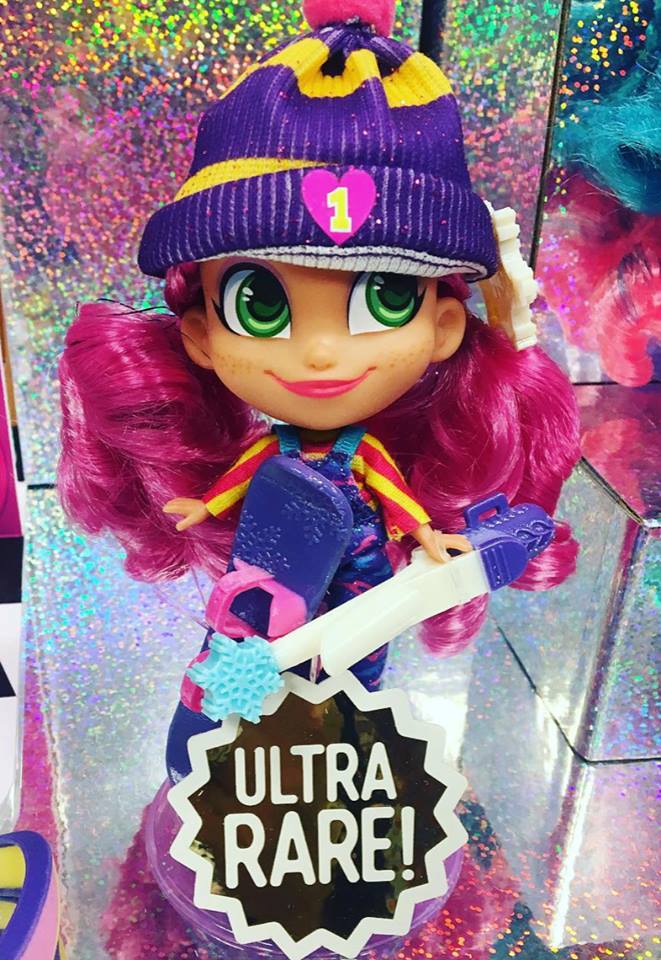 A new series of dolls Hairdorables 3, which is expected by the fall (maybe even earlier), will expand. 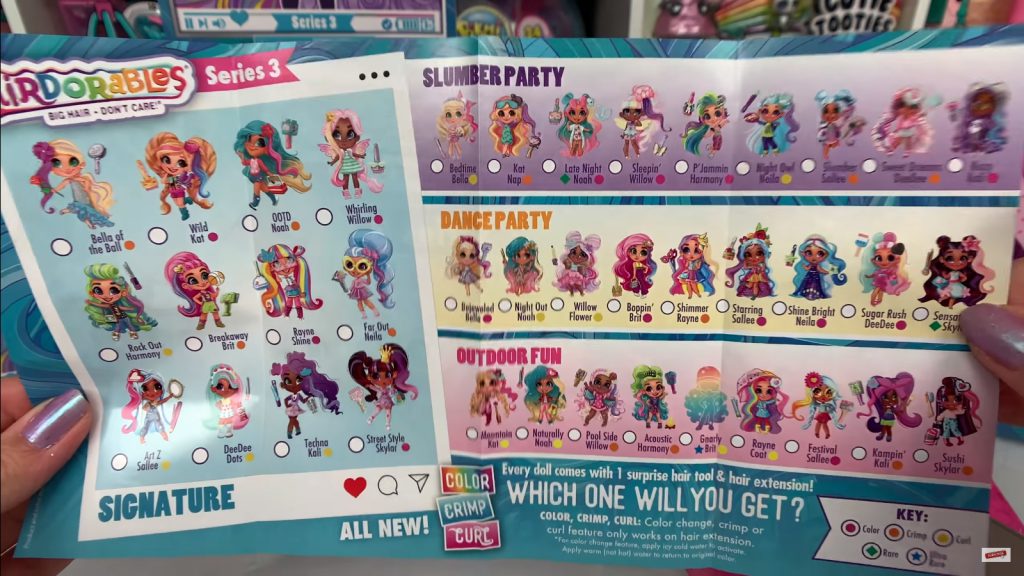 New doll boxes with Hairdorables Series 3 dolls were shown at a toy show in New York in February. On the blue background are the characters Hairdorables and the silhouette of one of the dolls, which the girls tint, twist and style their hair with wavy tongs. The motto of this release is: Color, Crimp, Curl. 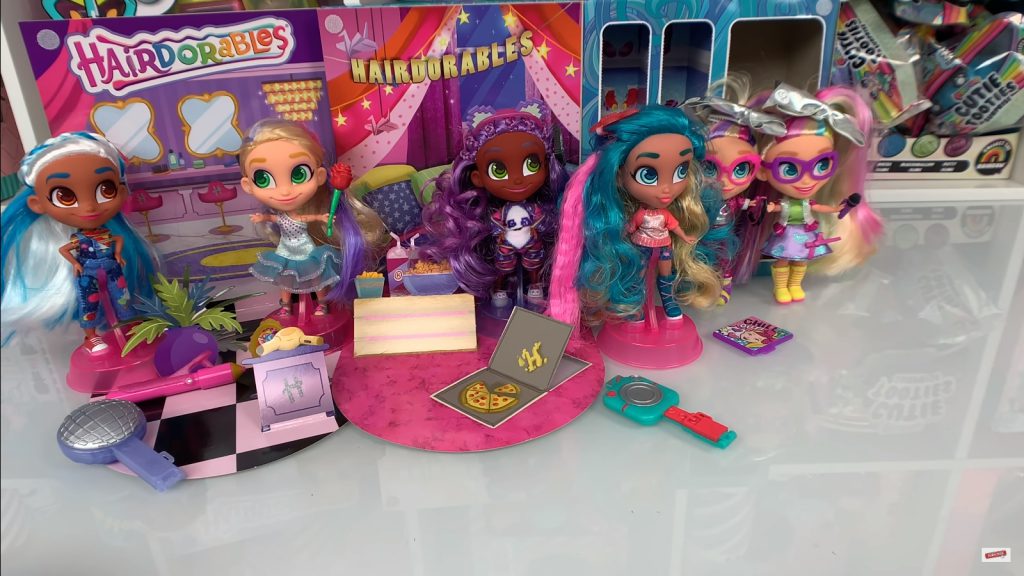 In the third season you won’t be bored for sure! Since the third series includes 39 toys. Among them will be two rare and one very rare doll, as well as various clubs: dance party, outdoor fun, slumber party, a collector’s edition, etc. 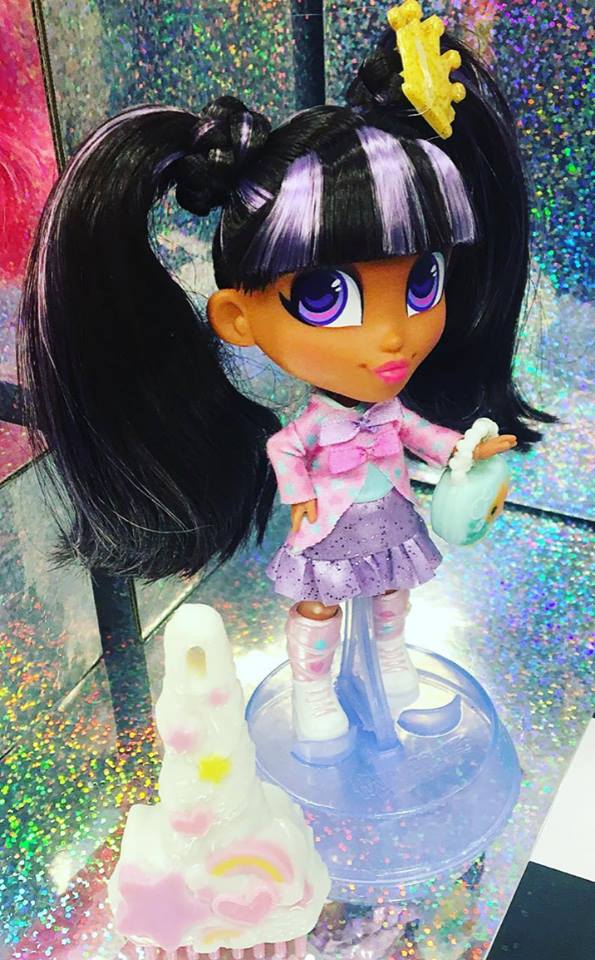 You can also find a doll with a spa mask for the face, curling hair, paint for painting and other interesting accessories. 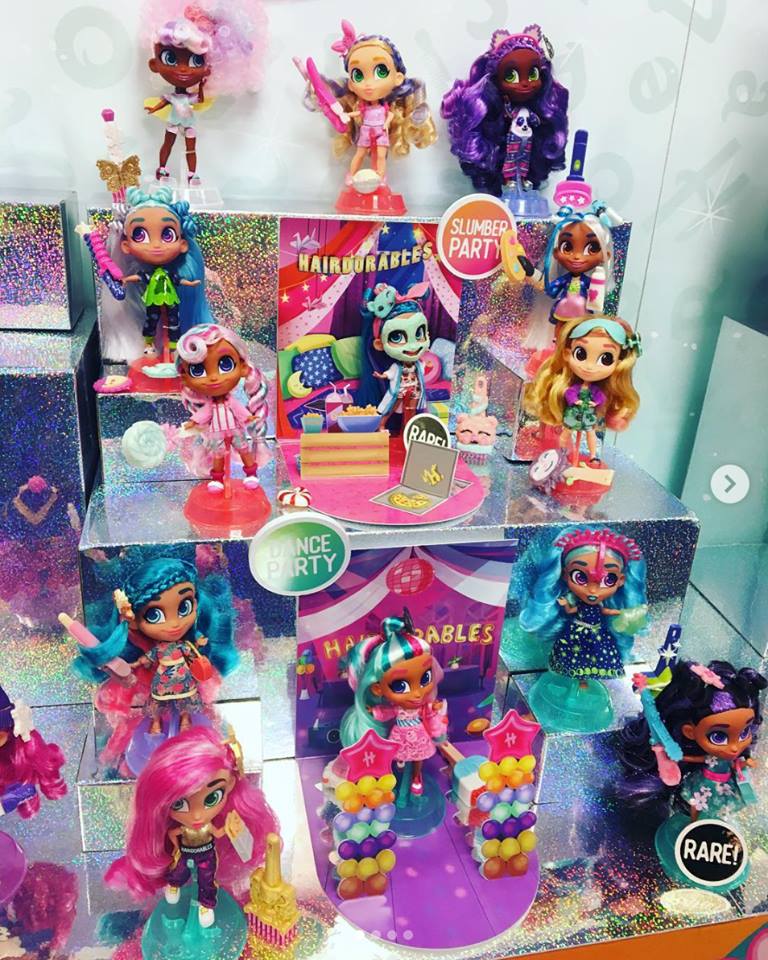 However, each of the characters will have different styles, including hairstyle and outfits with accessories. 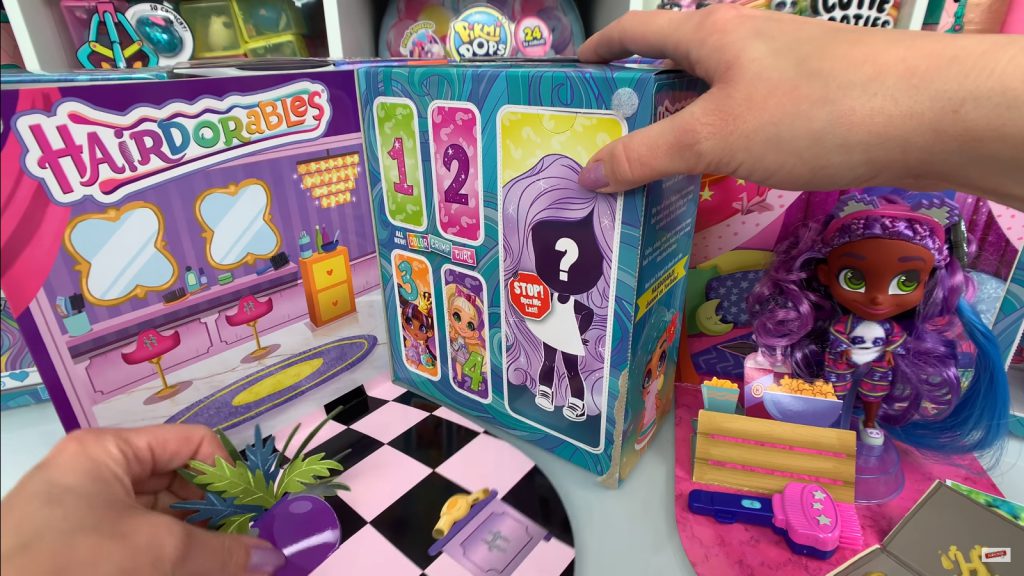 P.S. Among the new dolls of Hairdorables 2019, an exclusive toy Hairdorables from singer Jojo Siwa Limited Edition will appear. She will have recognizable bows in her hair and at least three different images. Singer Joe Jo will be delivered in an open package, so you can choose the style you like. 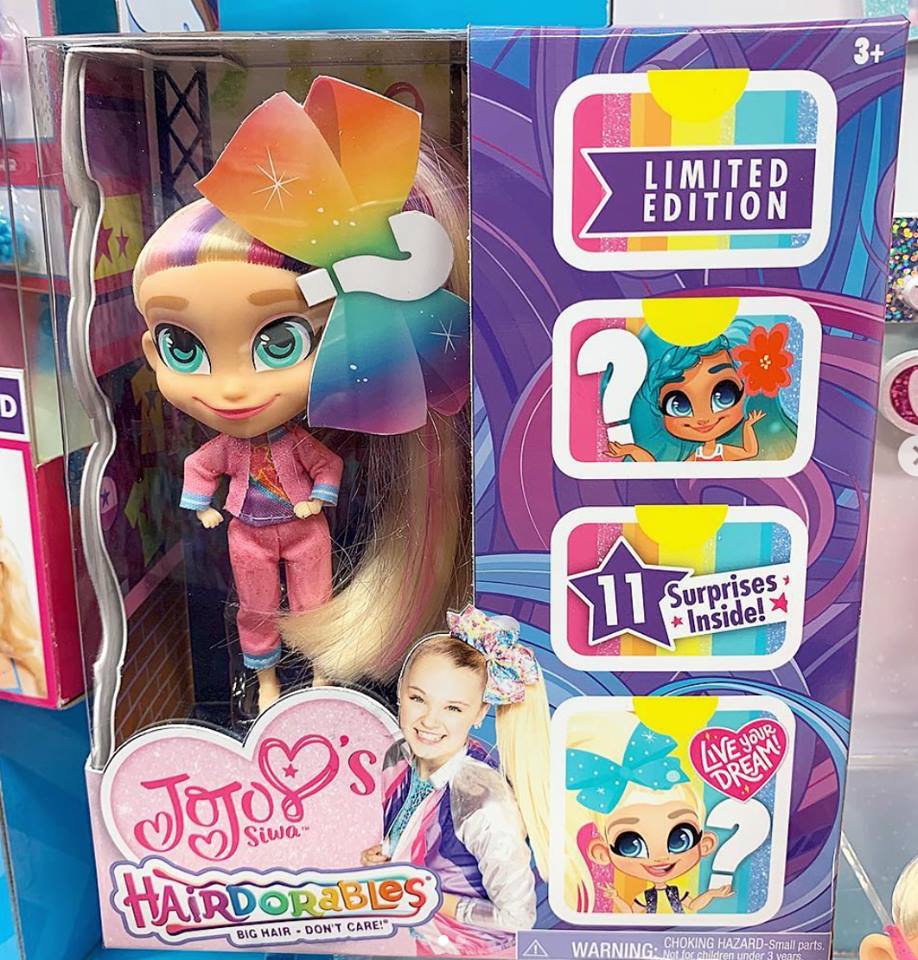 Girls will be able to make friends with the boys Hairdobables, because in 2019 the line of guys HairDUDEables series 1 will be released. 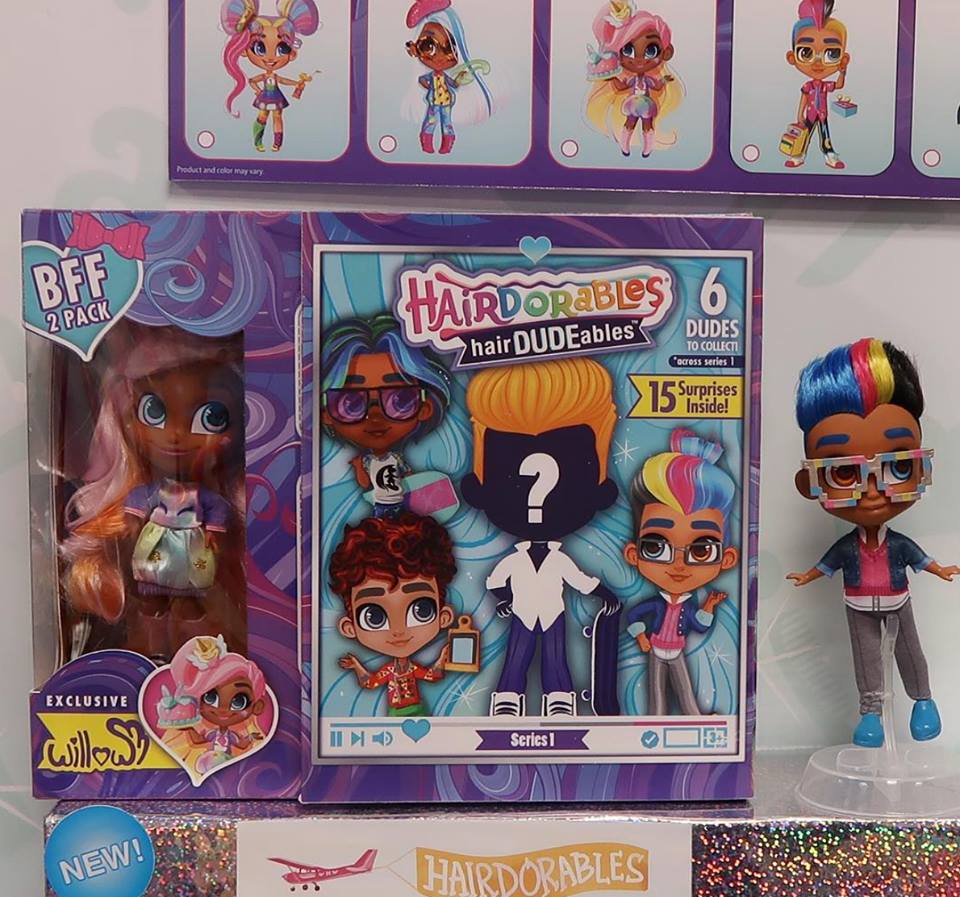 It will be presented 3 boys HairDUDEables. These are the first dolls in the collection of “hairy dolls” from Just Play, and each of them will have hair stitched. Their name is Logan, Greg  and Mac. 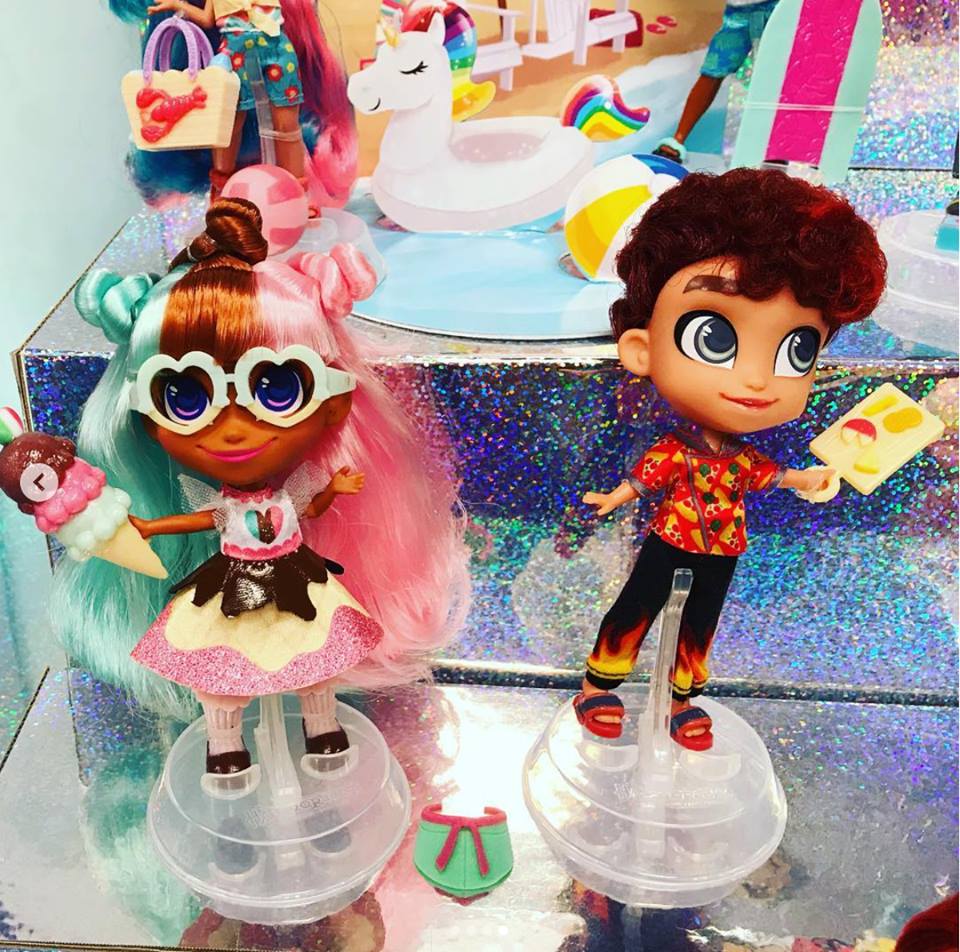 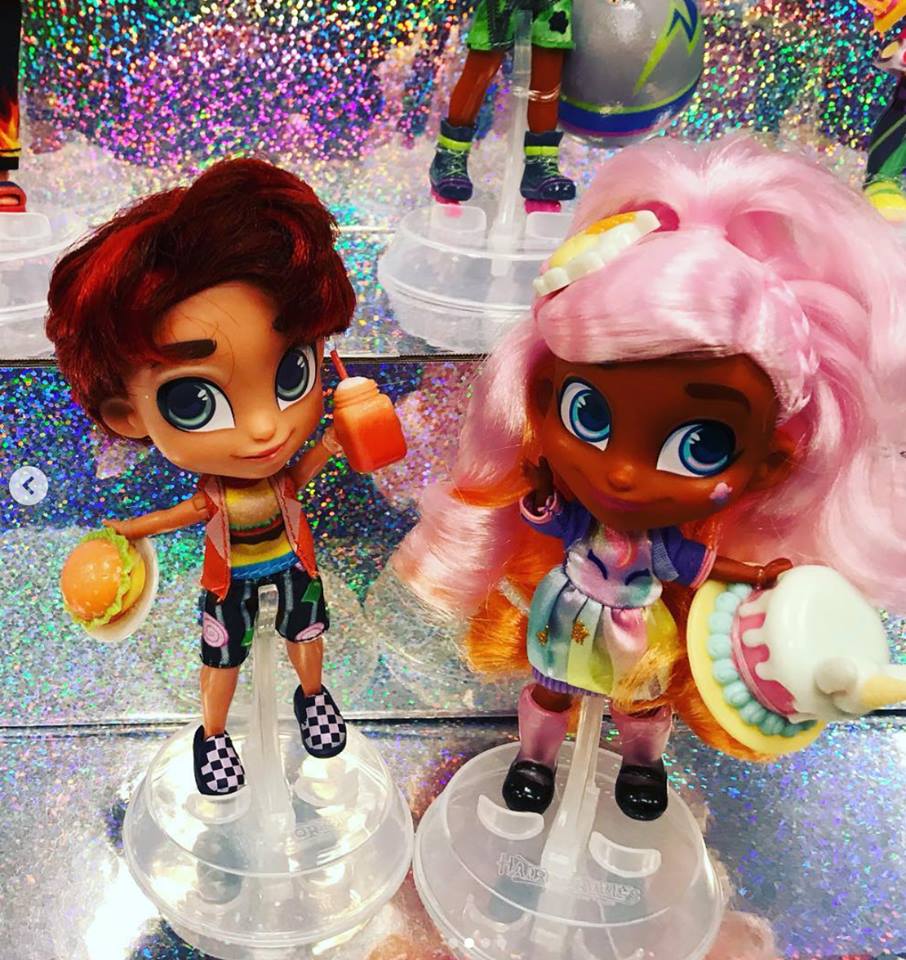 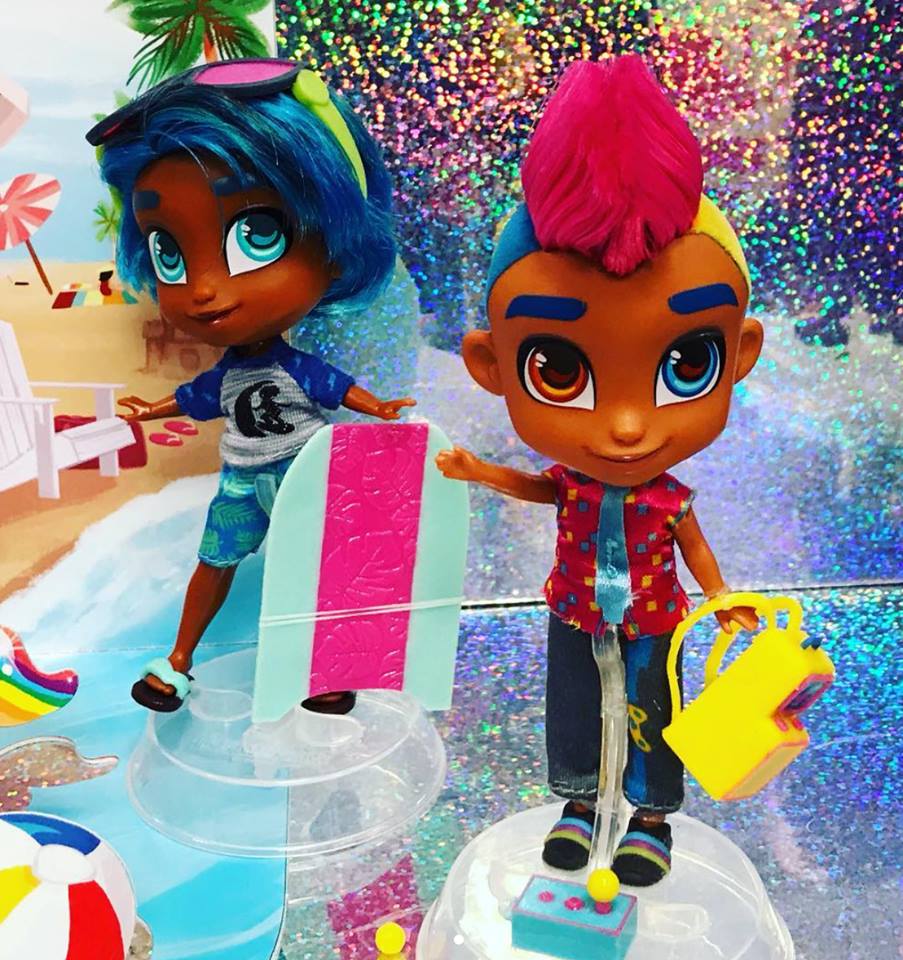 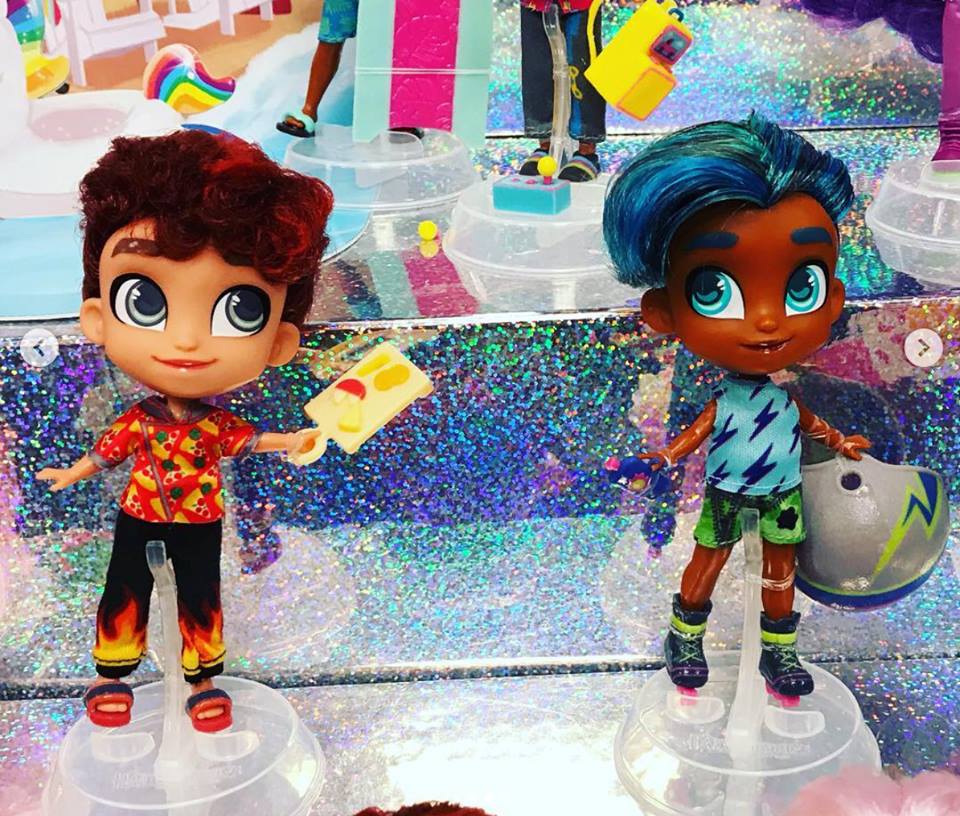 HairDUDEables toys will be released in the Dual BFF pack. In each box, a girl will be known in advance (an exclusive image of one of the Hairdorables), but what kind of boy is hiding behind the door is a surprise. 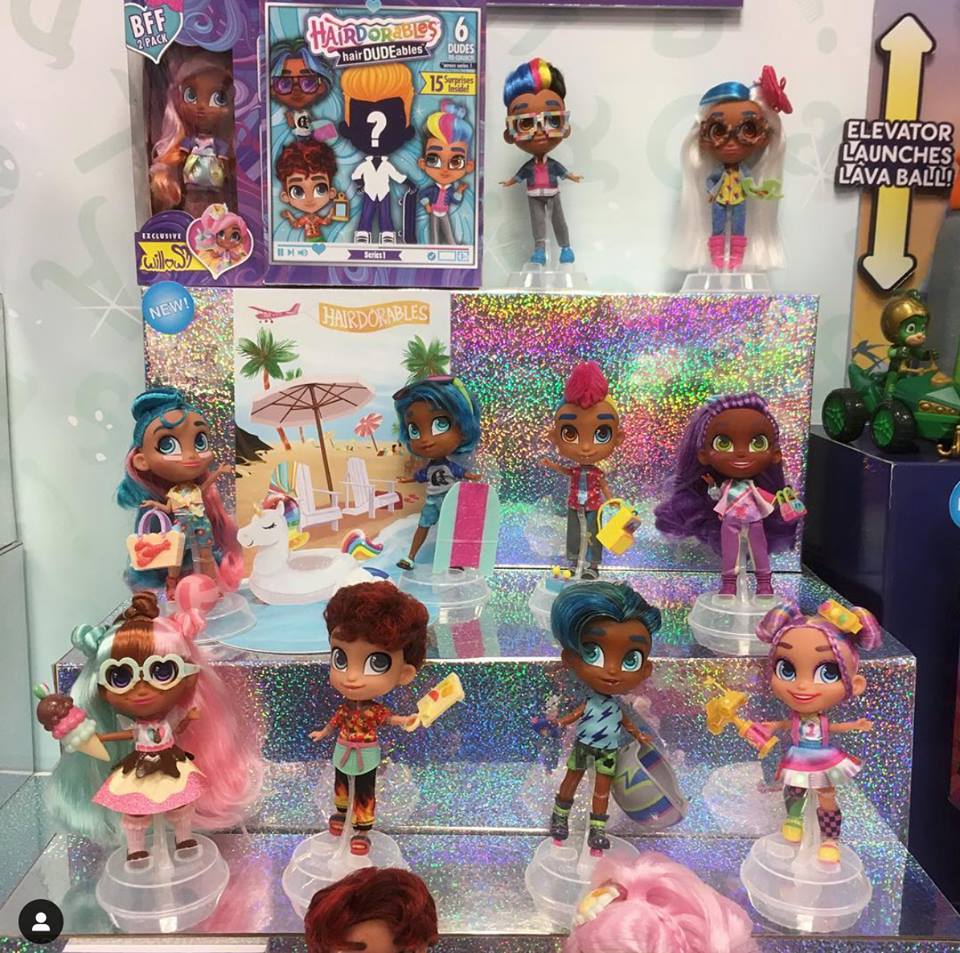 In total it is possible to collect 6 guys (two styles for each new character). Each box will have 15 surprises.

Just New in 2019 from Just Play is the series of little sisters Hairdorables Shortcuts. There are 12 of them, as well as older sisters. They will be released in capsules. And it will not be pups, as in the collection L.O.L. Surprise, but there will be miniature versions of 23-cm hairdorables dolls. 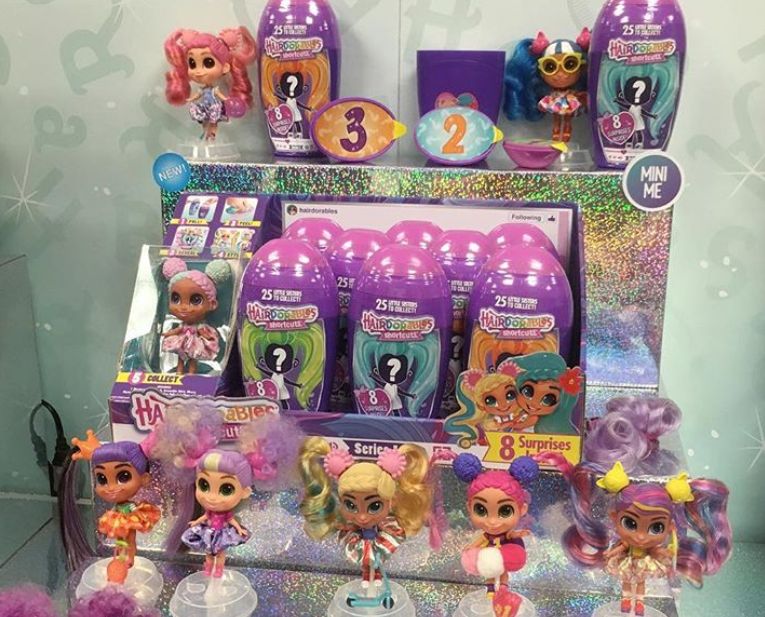 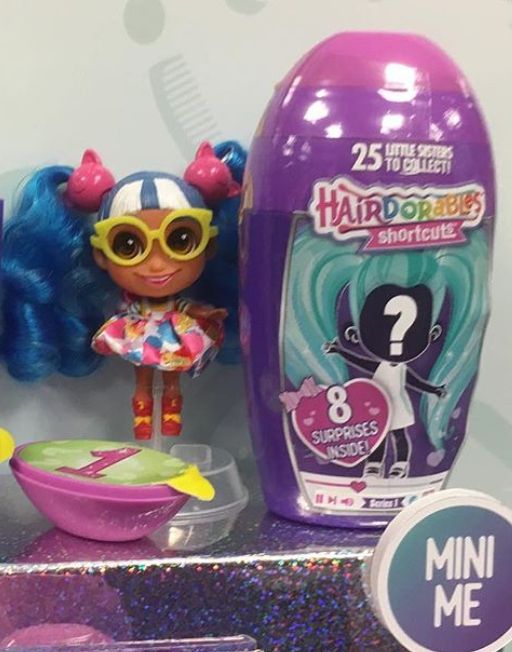 Hairdorables Shortcuts dolls will have molded hairstyles with real-hair ponytails that are inserted into the head. That is, they can braid pigtails, which is very pleasing. In addition, these little babies will be wearing removable skirts that also play the role of hair ties for children. 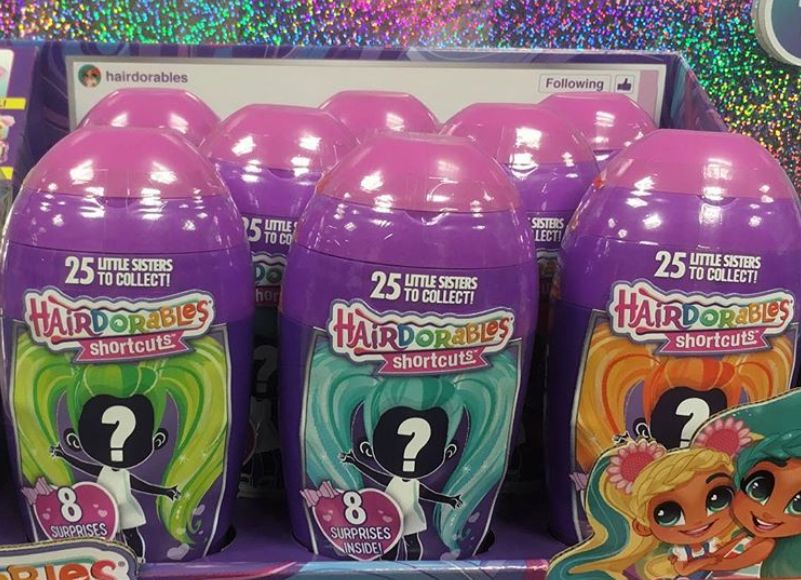 In total, there will be 24 toys in the series, although the number 25 is written on the capsule. Perhaps there will be one exclusive sister. The collection of Hairdorables Pets will be continued in 2019. In the new series will be the animals with a metallic sheen – only 25 toys. 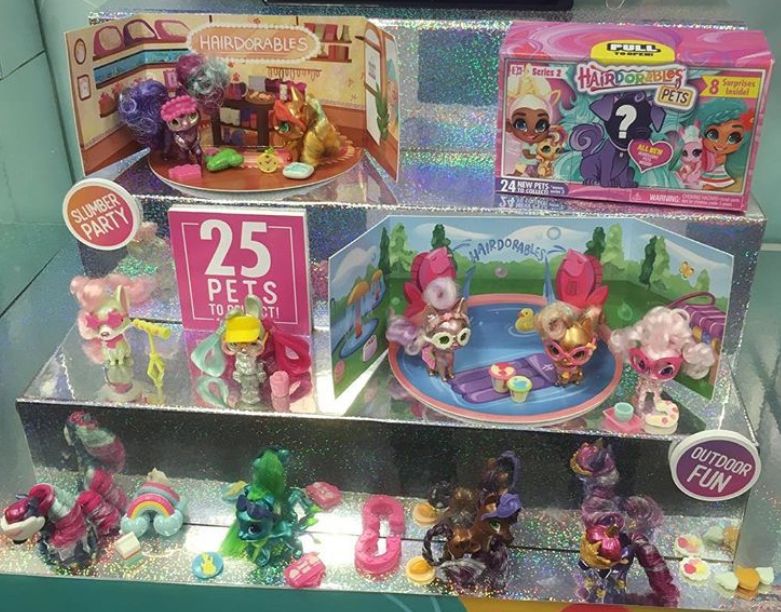 Pets will be divided into clubs, like the dolls from the series 3: camping, pajama party, etc. It is still unknown whether there will be rare characters in the new season.