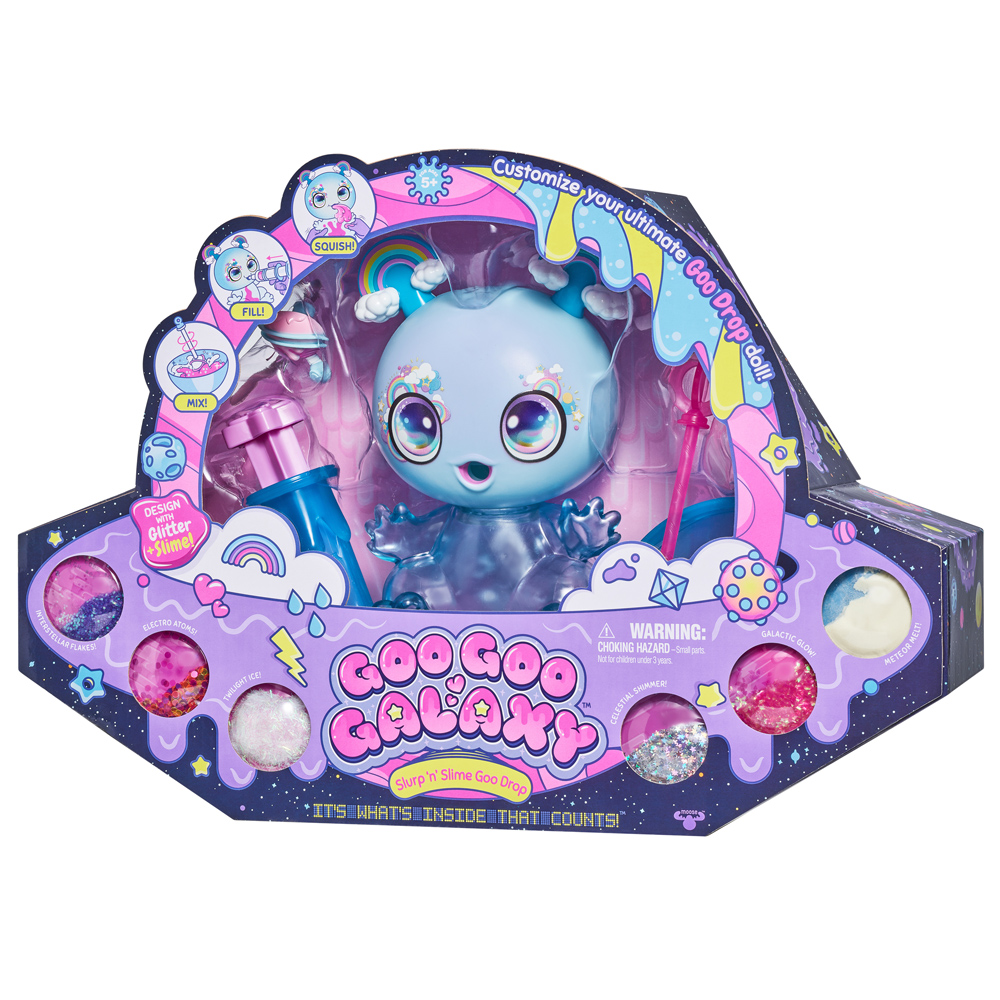 What are extraterrestrial babies famous for? First, they travel on flying saucers. Secondly, they spew out slime from the jaws. In any case, the new Goo Goo Galaxy toys spit mucus perfectly. 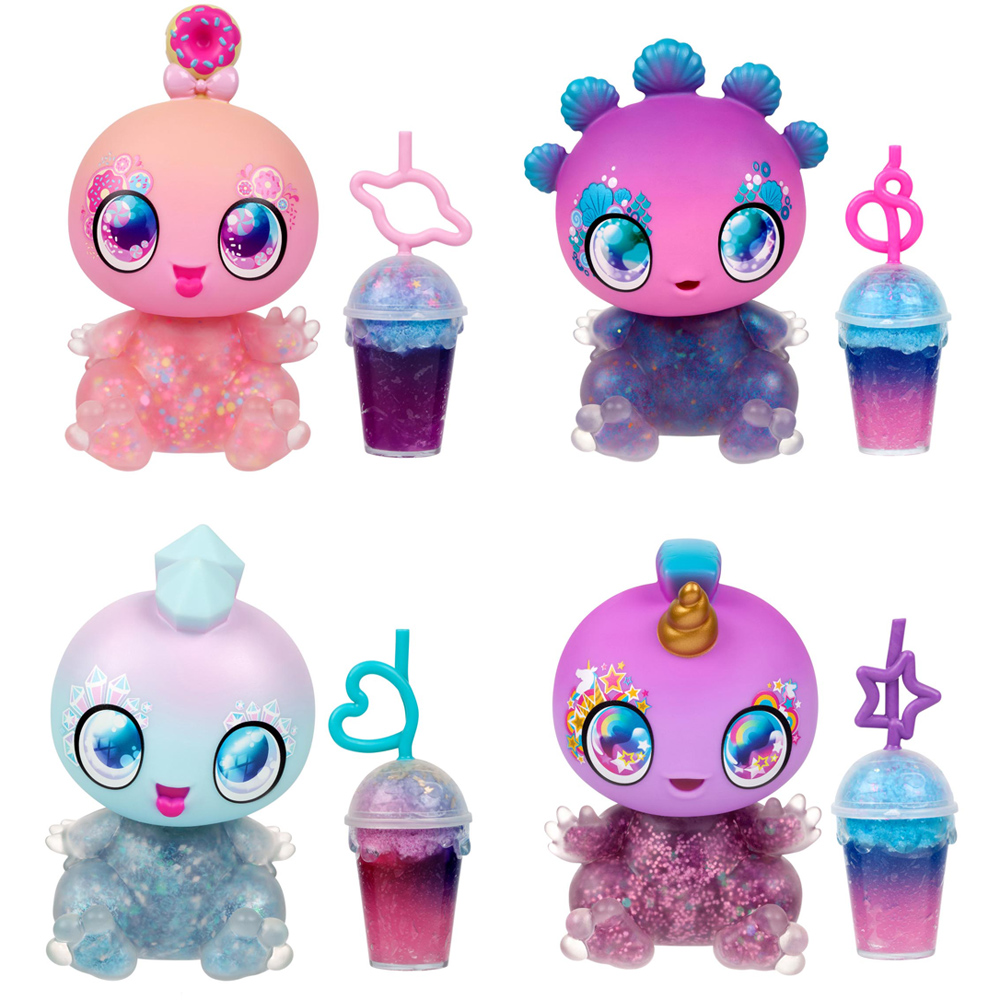 The novelty is presented by the famous company Moose Toys. According to legend, alien navels arrived at the Earth from the distant Goo Goo Galaxy. 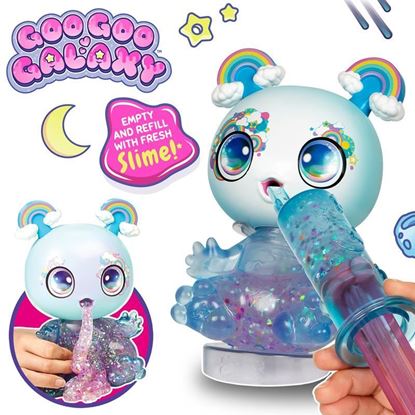 The characters of Goo Goo Galaxy are represented by Moose in the summer of 2019. Cute aliens with soft tummies went on sale in the fall.

In US stores, each such Goo Goo Galaxy character costs up to $ 15. A large set in the form of a flying saucer and with a variety of packages for creating a slime costs up to $ 30.

Each alien is packed in a bright cardboard box, stylized as a flying saucer. 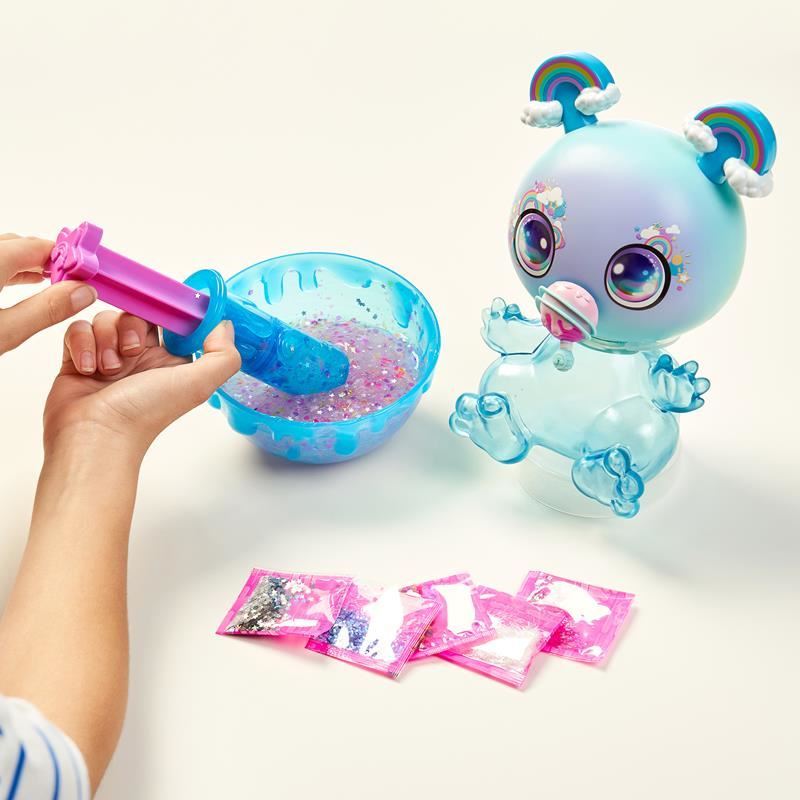 Only the spacecraft (plate) itself is not in any set. But there is a cute Goo Goo Galaxy character who loves to spit out the slime that the child pours into him through a special syringe.

It is enough to dilute the slime, feed it to the alien, filling its stomach, and then click on the tummy so that the slime spits out. 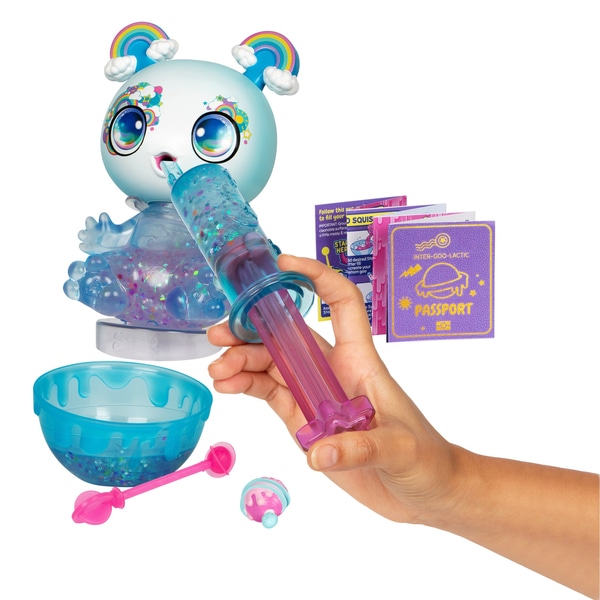 In single player sets, one of the four characters of Goo Goo Galaxy is hidden, as well as:

In a larger set comes more accessories and a character named Bowie Beamheart with irises on his head. 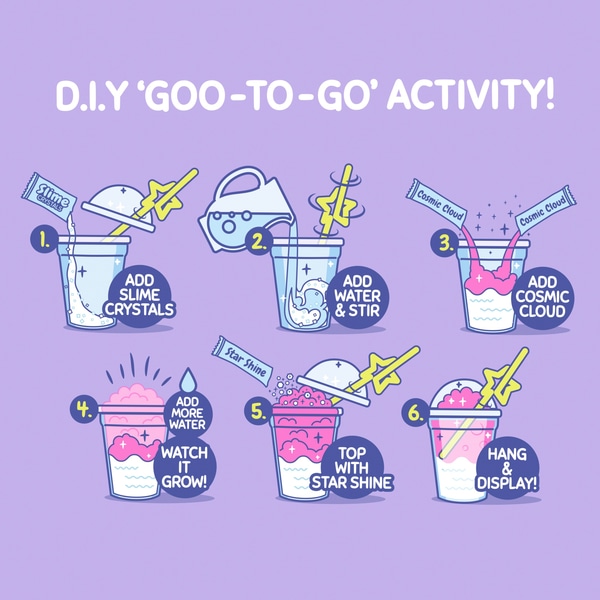 As with the Poopsie Unicorn Surprise and Poopsie Rainbow Surprise toys, in Goo Goo Galaxy kits you also need to add water to the powder to make a slime. At the same time, you can feed the baby as much as you like, “brewing” fresh slime food for him.

In US stores, each such Goo Goo Galaxy character costs up to $ 15. A large set in the form of a flying saucer and with a variety of packages for creating a slime costs up to $ 30.