We collect promotional photos of Enchantimals dolls with their pets, and select their prototypes from wildlife.

Felicity Fox & Flick, rabbits, enonty and others! By the spring-summer of 2019, some of the heroines came out already in several different variations (as well as in game sets) – look at the photo. 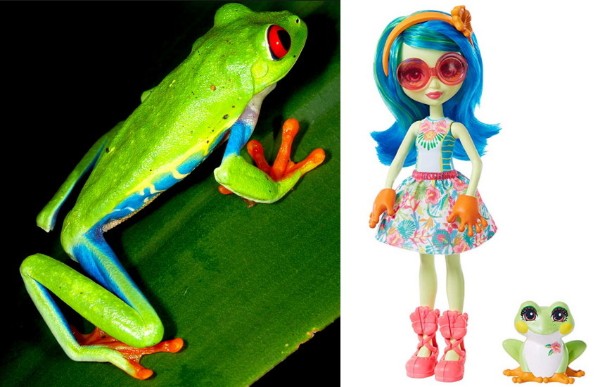 Lemur. Apparently, from Madagascar. Even the color of the eyes of the doll is yellow, like a real lemur. 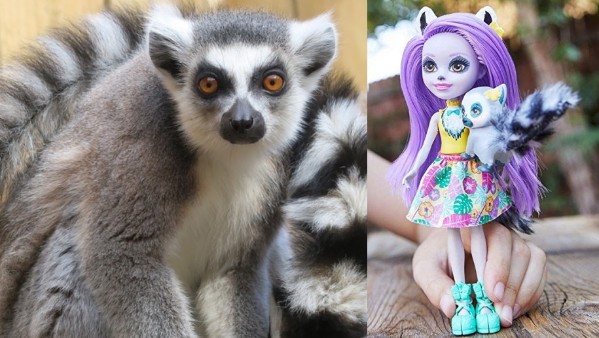 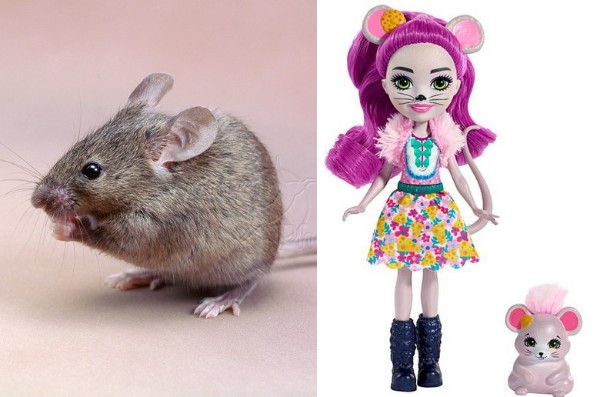 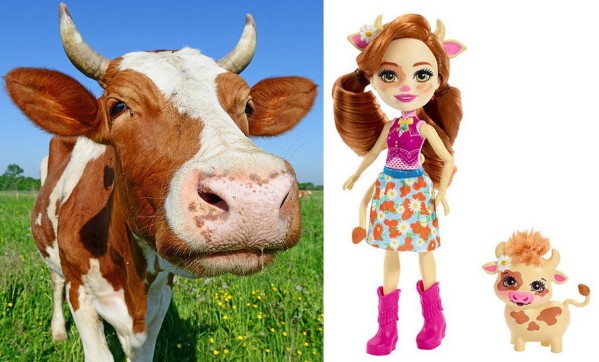 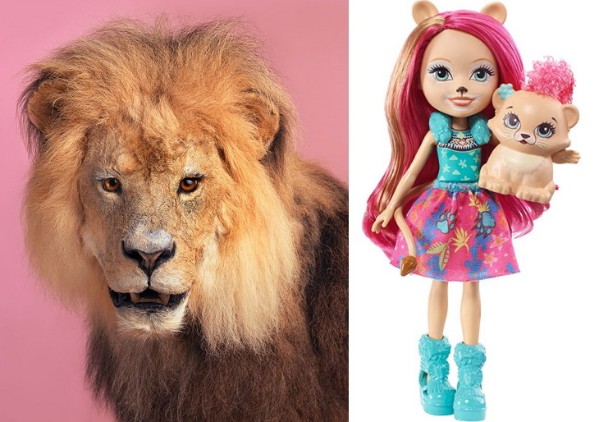 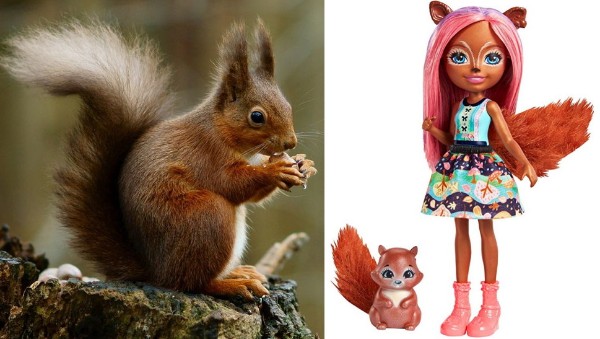 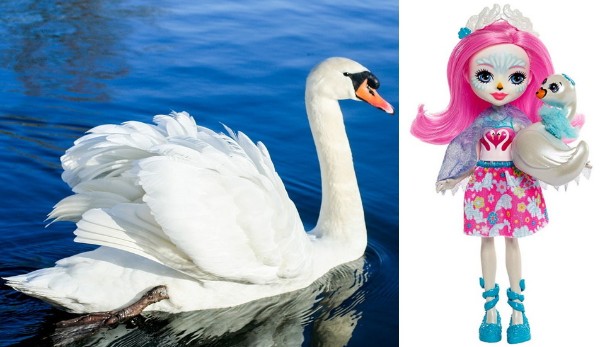 Hedgehogs. The first boy in the Enchantimats series! 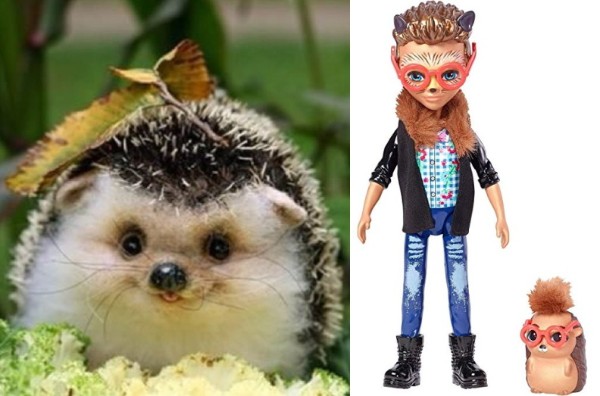 Parrots Colorful macaw parrots (they are in the photo) are most appropriate for the image of this doll.

With large pets: llamas. In the photo: Quechua people.

With large pets: elephants. The elephant in the photo: a wild dwarf elephant, first seen in 2013 in Sri Lanka, he is only one and a half meters in height. 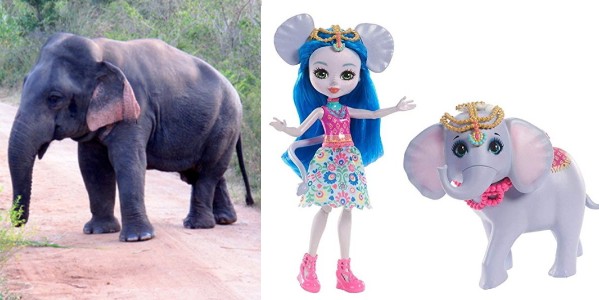 Penguins. Most of all the doll corresponds to the emperor penguin. Note the yellow details on the face of the doll. 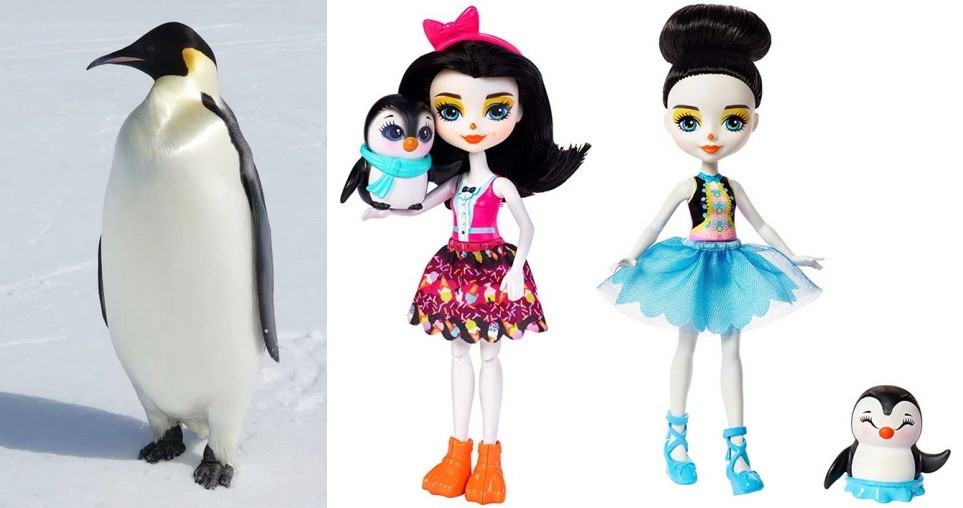 In the Sleepover Night Owls set, Ohana’s doll comes with two pet-owl figures. The prototype of Ohana Filini is a polar owl (white).

White polar wolf, which is made in the same style with the polar bear and owl. All three – blue hair, light skin tone. 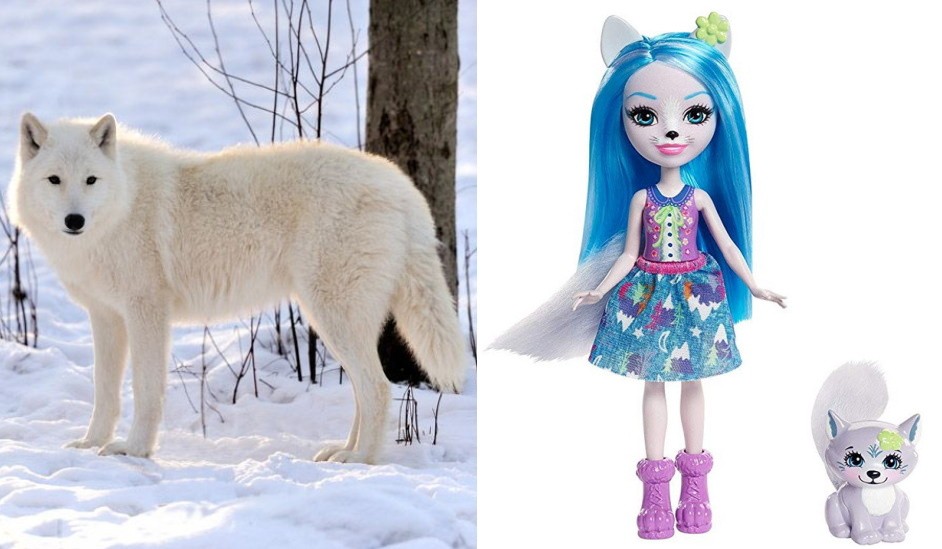 Clown fish, a doll with the function of changing hair color from temperature!

Medusa, the doll changes hair color depending on the temperature. 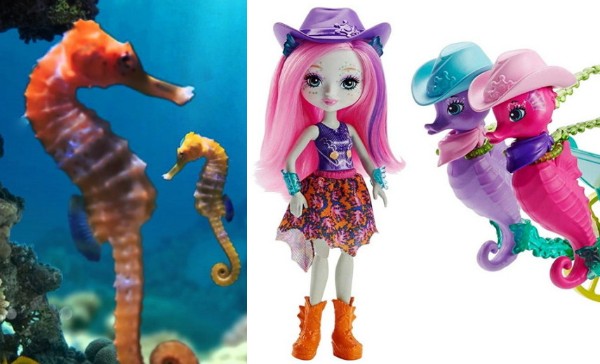 Crab Cameo Crab and Chelsea, as well as another smaller crab. 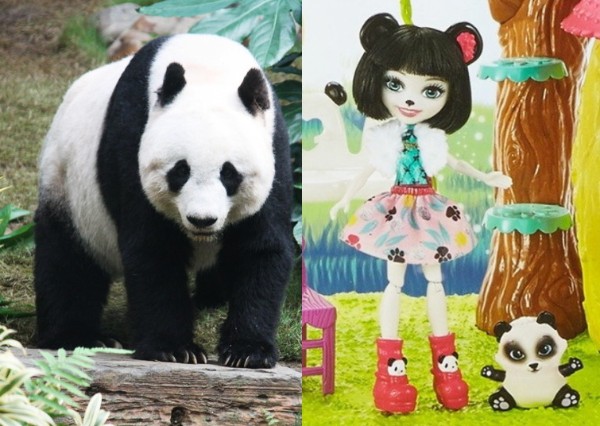 Koala. In fact, koalas in the photo are usually kare-or blue-eyed, the doll has green eyes. 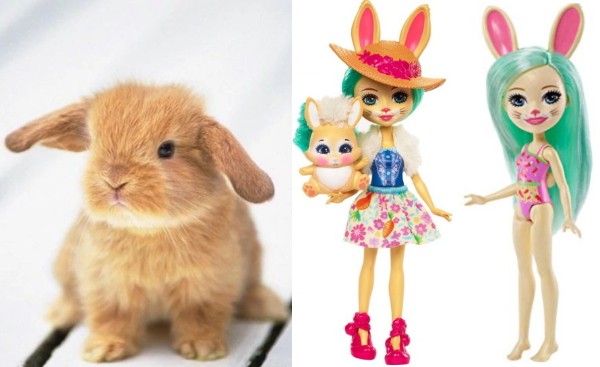 Pink flamingo. In the Let’s Flamingle set there were two flamingo figures, in a later edition Fancy came out with one pet-bird figure. 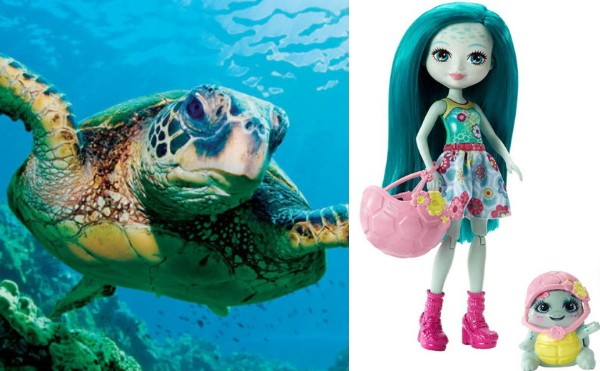