Meet new Capsule Chix Dolls with changeable clothes and accessories from Moose Toy. Building dolls are easily assembled and disassembled, allowing you to dress up characters and create new looks.


Capsule chicks are these dolls that you could build and mix and match their pieces to build something completely different. There’s no specific characters it’s all about what you design and what you got. There are four collections you could buy and 400 pieces in total to create your own dolls.

Toys are made in the surprises form: opening the capsule by capsule, you collect the look of your character.

A series of toys Capsule Chix – this is a kind of designers. Each doll from the collection consists of a set of removable parts: wrists, arms, legs, body, head, shoes, etc. The growth of toys up to 11.5 cm. Between themselves, all the characters perfectly “change” with any spare part. Therefore, there are many opportunities for creating new Dolls. 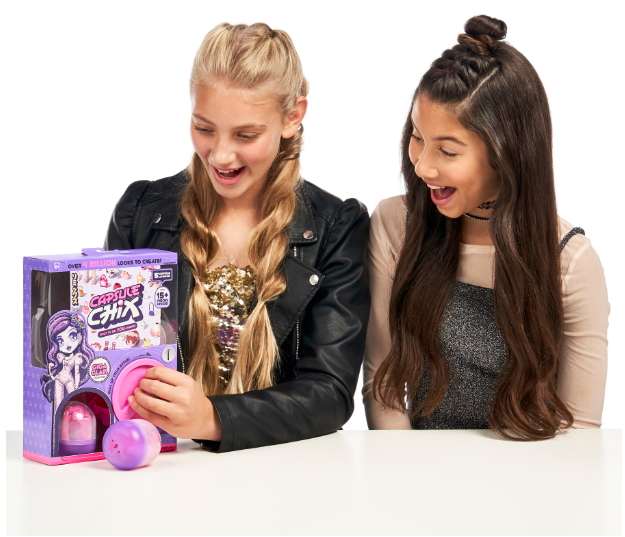 As stated by Moose Toys, collecting all types of dolls, you can create more than 4 billion looks. Cool, right?

Over 4 billion looks to create!

Each box has 15 surprises. To get a capsule with a secret bag, you need to scroll through the pink handle on the package. Then the capsule will fall out as a surprise from the slot machine.

In the first series there are 4 thematic type:


All characters are very bright, in colorful clothes, with cheerful hairstyles and kind faces. The novelty is intended for children of six years and older.

On the top is’s there’s over four billion looks to create it says capsule chick. It also says you there’s five capsules included with 15 pieces inside. It also shows you all these little pieces so that gives you an example of what you’re gonna maybe get. As you could tell that’s like the limited-edition look you could get in this packaging. 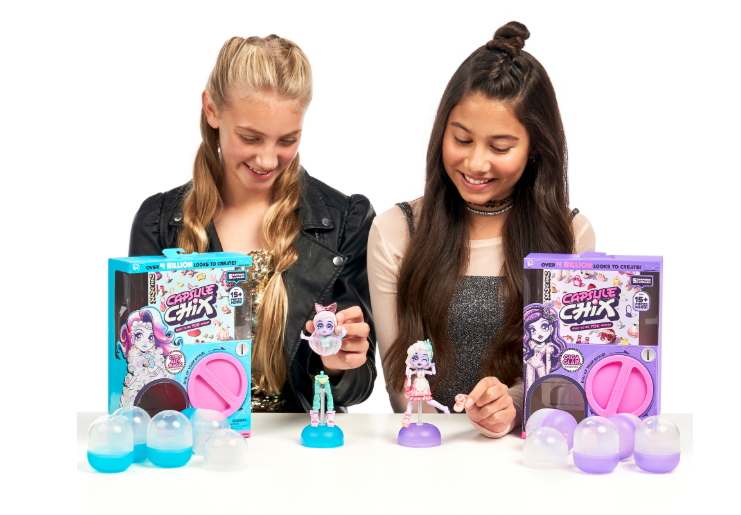 Then right next to that there’s a big dial and it’s a dial up your style with a coin shop. It also shows you a little door with the mystery doll. That you’re gonna open to start getting the capsules out of it.

Right next door there’s a little other illustration of another doll which you could possibly get. Right next to that there’s been actual doll and it says that she has 14 points of articulation. That is really good. On the bottom it shows another illustration of a robot girl saying – over 4 billion looks too great and 400 pieces to collect in total. It shows you every little piece there’s little bags heads and this is which unique look will you create.

What’s Inside in each box:

The price of one set is about 15 US dollars. In July, you can pre-order toys on Amazon, but the official release of the new product is scheduled for August 1, 2019 only. Previously, the doll will not be sent.