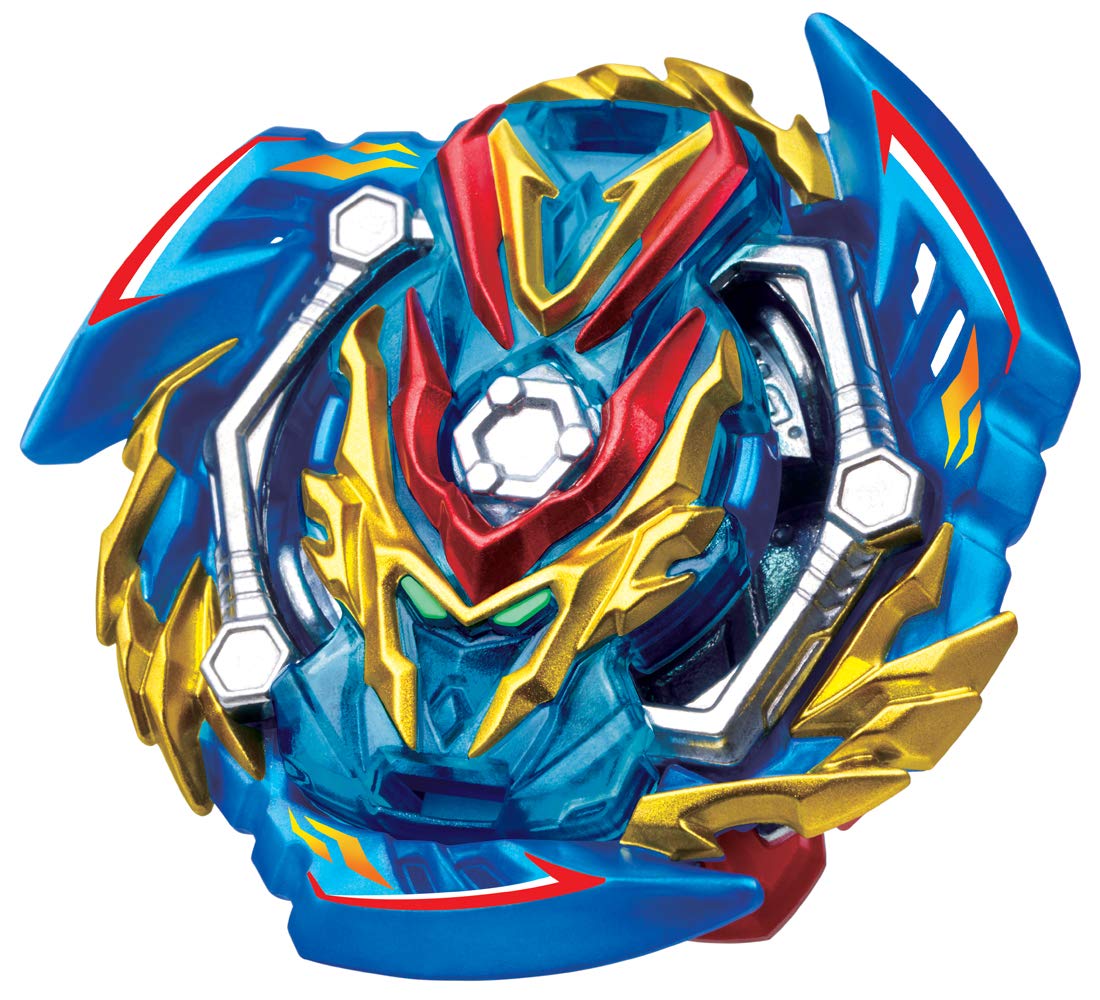 The new Valkyrie V6 traditionally opens the season of the cartoon and was released in Japan on March 16, 2019. Despite the fact that Valt has updated its banlayd quite recently, having acquired the Cho-Z Valkyrie system in a cartoon. 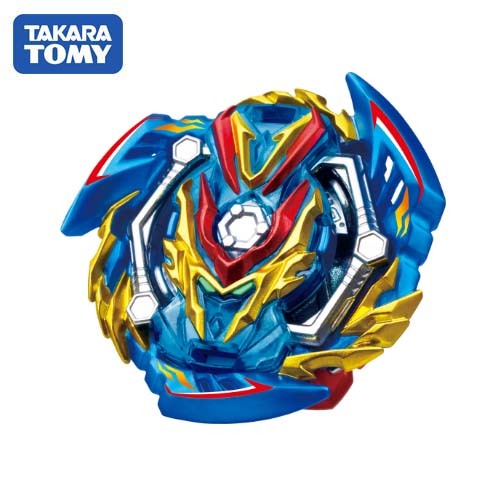 The company Takara Tomy felt that this hero should be the first to upgrade in the new 4th season. The original name of the new Beyblade: B-134 Slash Valkirye Bl. Pw. 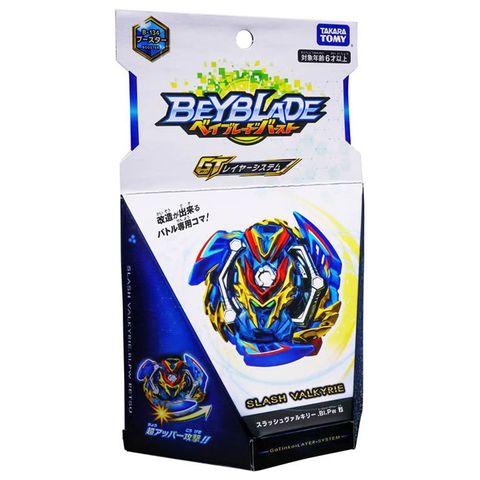 The energy layer of the new Valkyrie V6 is traditionally made in blue with three attacking blades. However, the structure itself has changed. Now you can attach a metal frame to it from different blades of the new season. The frame of Valkyrie looks like an angular infinity sign. On top of it is attached a large chip, which is also interchangeable and can be put on other blades of the 4 seasons. 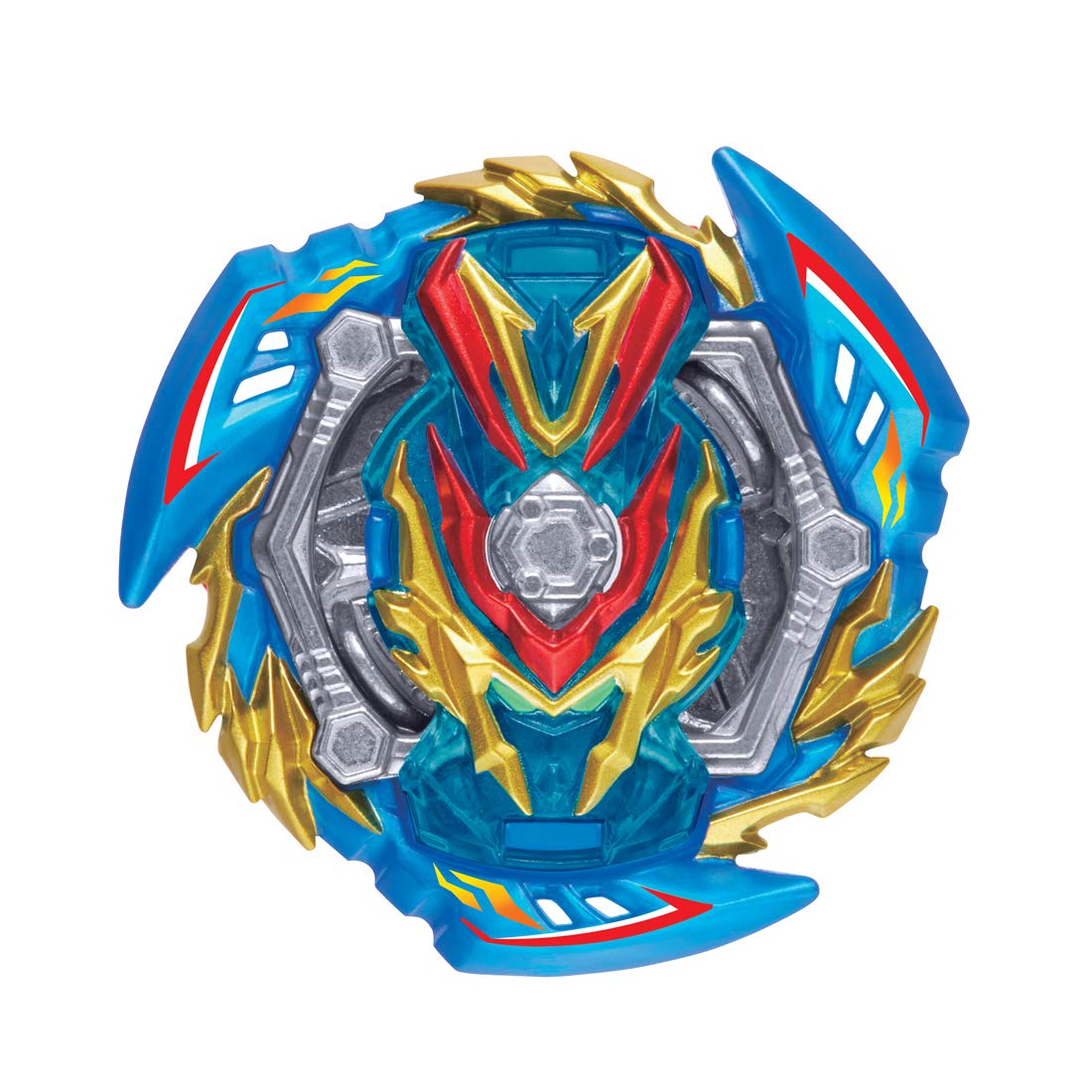 The power disk turned out to be absolutely new, as well as all components of the GT series of blades. It has 3 corners, and a plastic frame with a special trick in its arsenal is also mounted below. With the fast rotation of the blade, additional protruding elements are revealed at the edges. Such power previously did not have any power drive.

Driver Slash Valkyrie outwardly does not cause any wow effect. Rather, it looks more like the driver of the very first version of Valkyrie. But it is only in appearance. Now he has a built-in spring, like a fafnir. With the help of a spring, the foot absorbs when it hits the arena during launch. This increases endurance, which means rotation time. 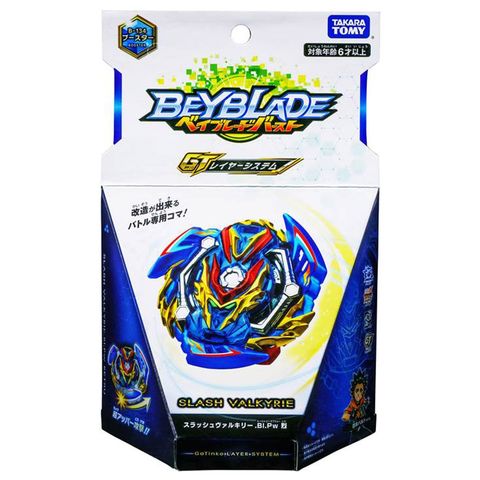 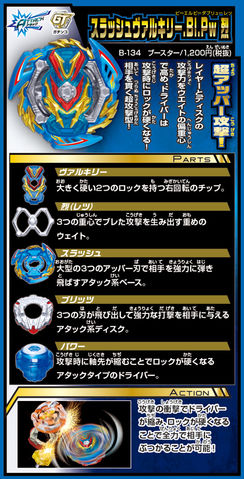