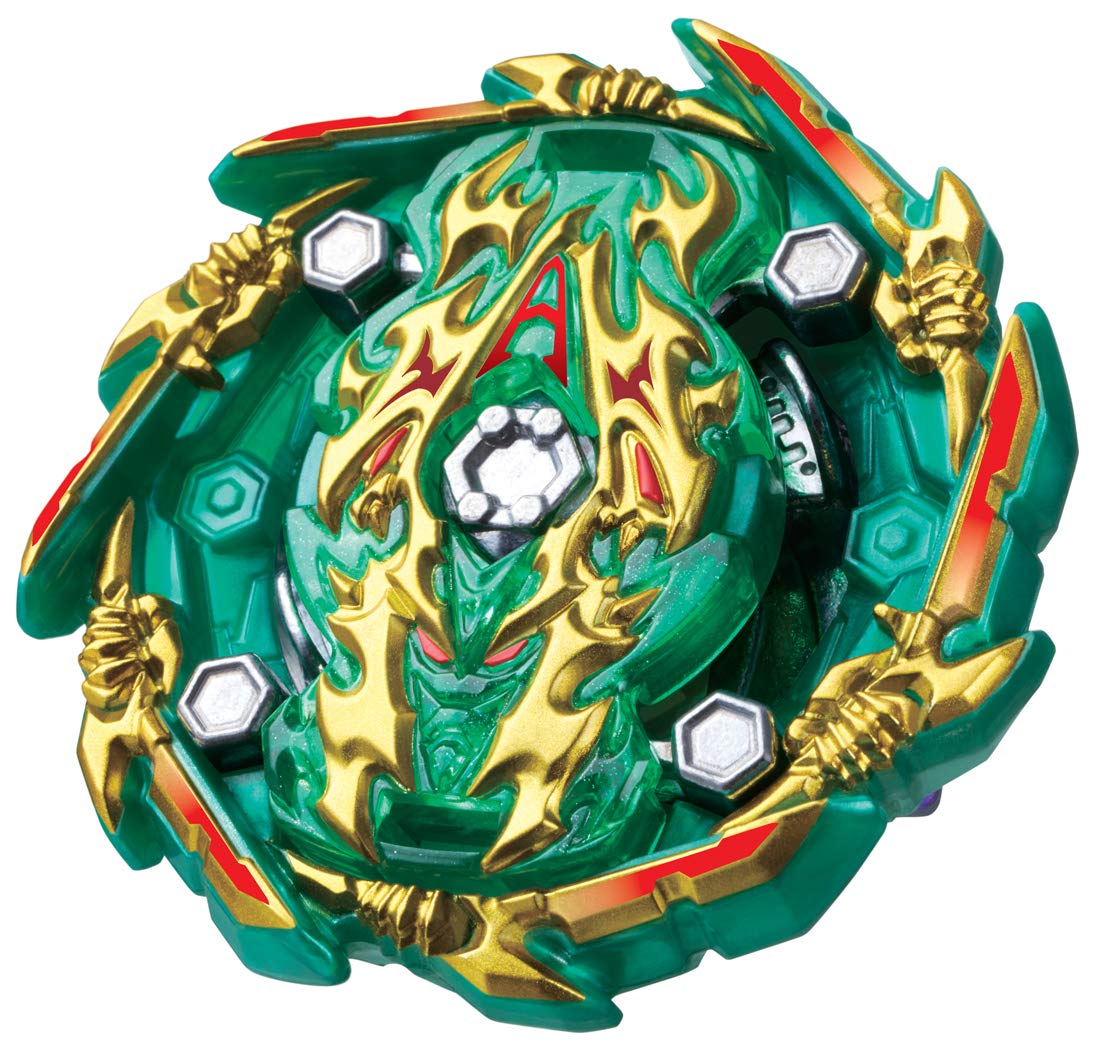 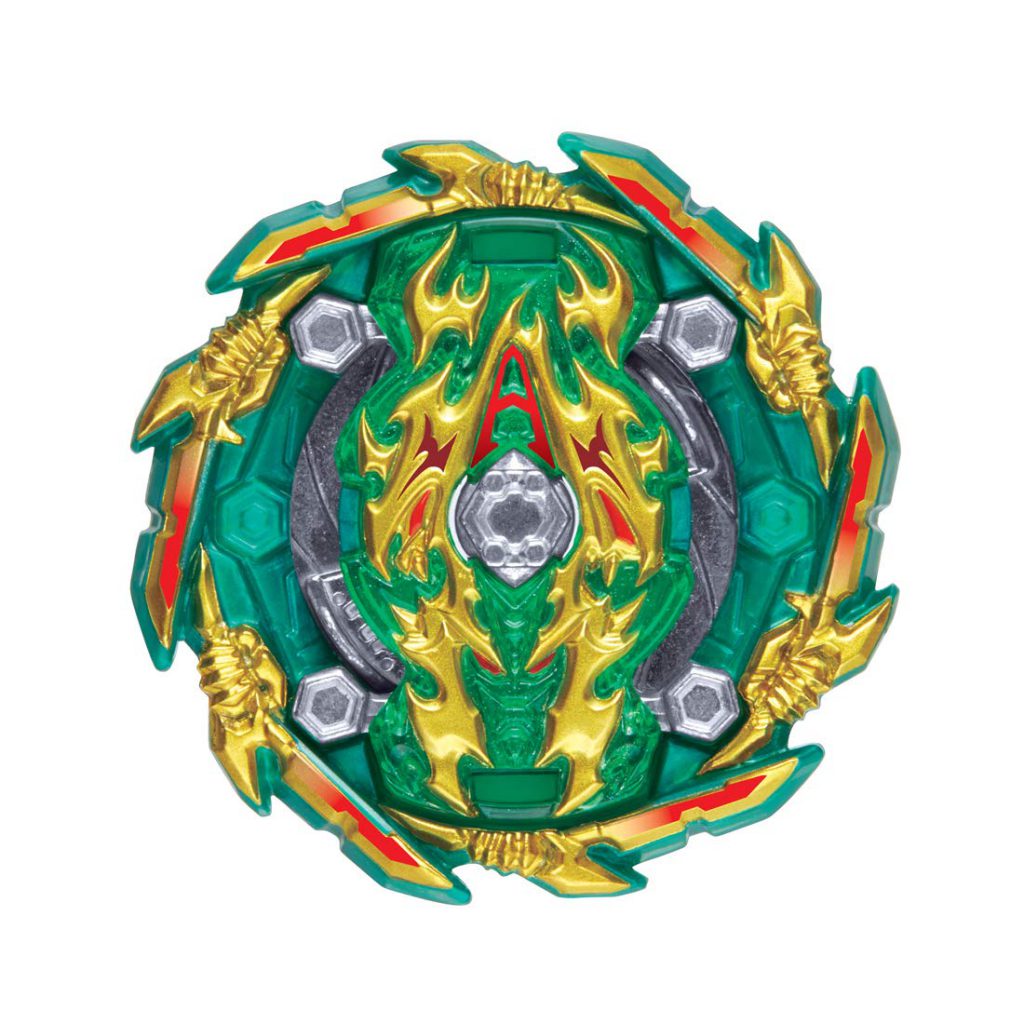 All new Beyblade, as usual, are equipped with the new system. This season they belong to the GT series. It is too early to say how it differs from the previous super Z and Cho-Z sustem, but it can already be seen that some of the new Beyblade have removable metal carcasses of the energy layer.

Bushin Ashura B-135 will be sold as a booster. This means that the box will only have a Beyblade without a launcher.

The energy layer of Bushin Ashura is disassembled, like in other 4th season Beyblade. Now this part consists of three components.

Ashura’s power disk has an absolutely round shape. This design has high levels of protection and endurance. Just what a protective type of Beyblade needs. On the contour of the metal disk there is a plastic ring with teeth in the form of a saw. And this saw rotates. The teeth can inflict additional damage to the enemy. 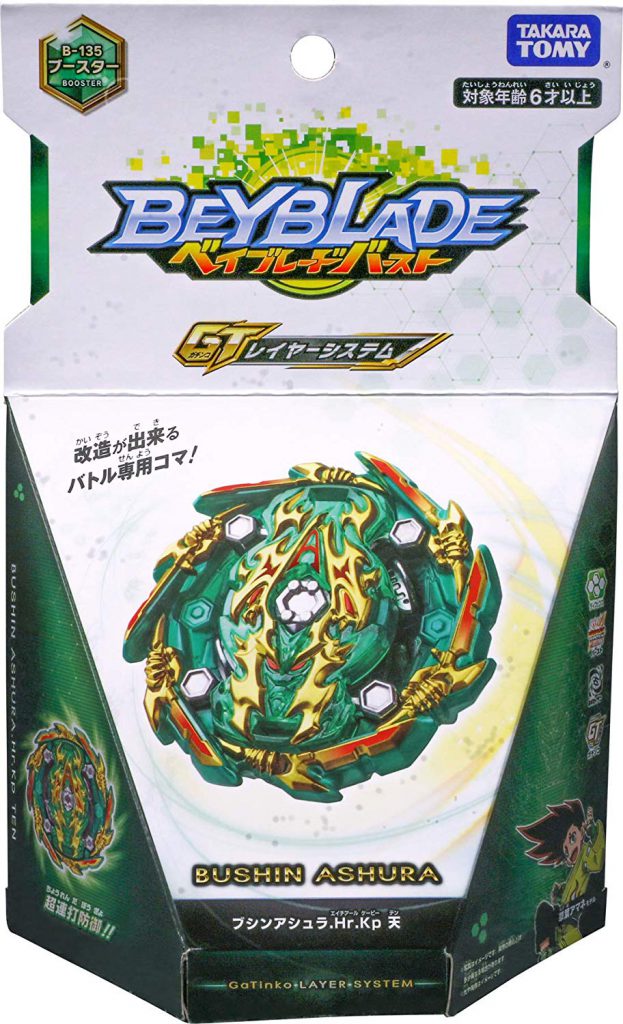 The driver has a protective type. This is immediately clear if you look at his spherical stem. Externally, it resembles the Phoenix driver, but unlike him, this leg is still able to rotate around its axis, increasing endurance on the battlefield. 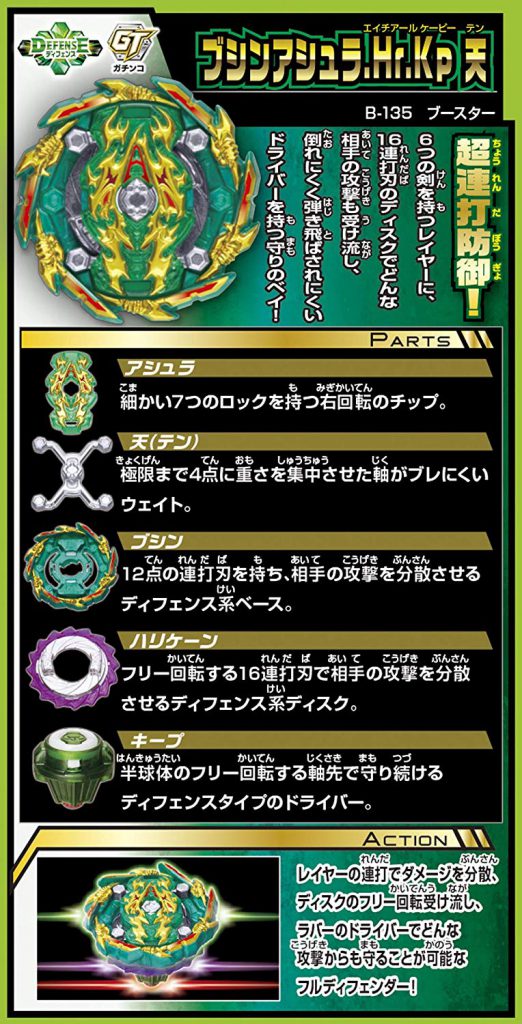