Ace Dragon opens a new, already fourth season of the animated series Beyblade Blast GT. This season, the main character has changed again, and it is to him that this Beyblade Dragon belongs. The start date of sales in Japan is April 16. Original name: B-133 Ace Dragon.St.Ch Sang.

Ace Dragon is truly unique. Included with it are two energy layers of a different design and type of battle. But you can not change the whole layer, but only the plastic part. Not replaceable are the chip with a metal frame, power disk and driver. 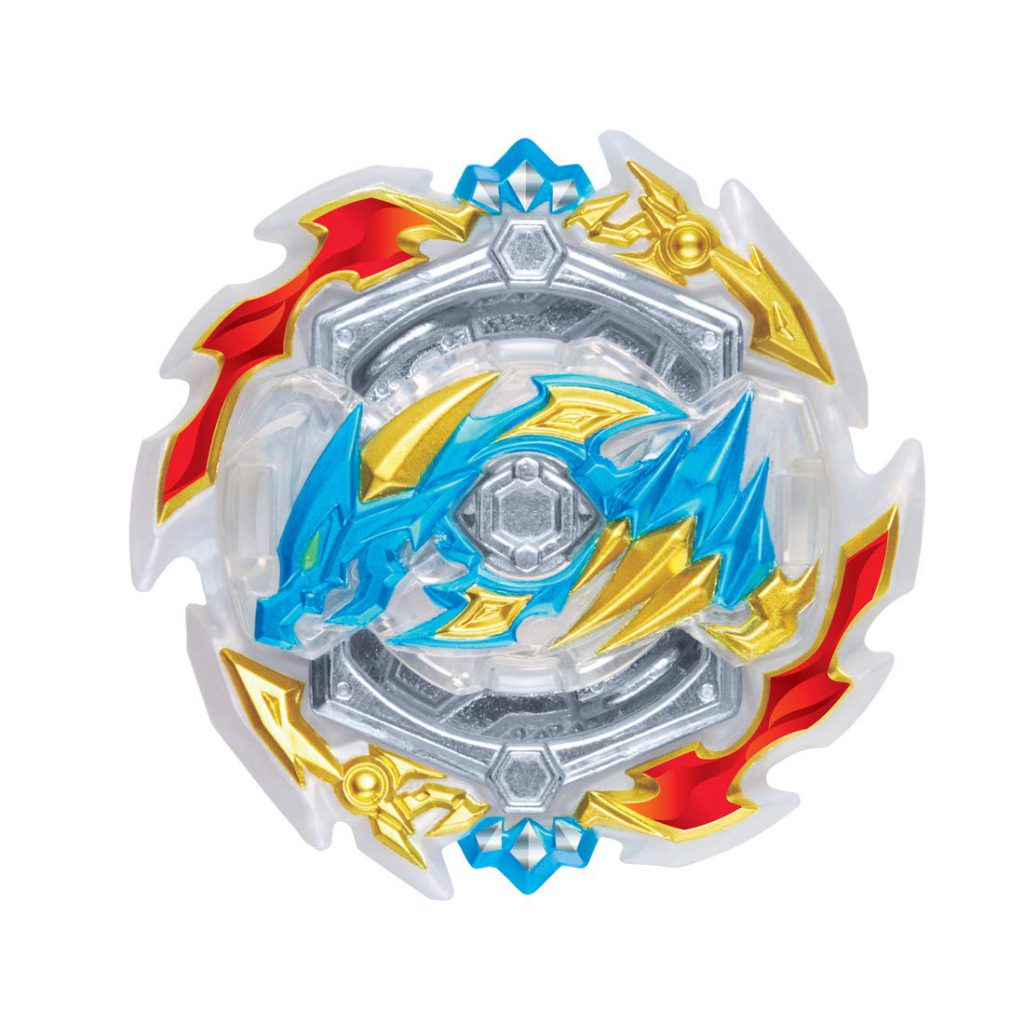 Although, if you wish, you can put what you prefer. Such a system is very similar to Beyblade Duo Eclipse, where there was a large chip that could be put on different combinations of energy layers. In the Dragon it is not collapsible, but there are 3 of them! 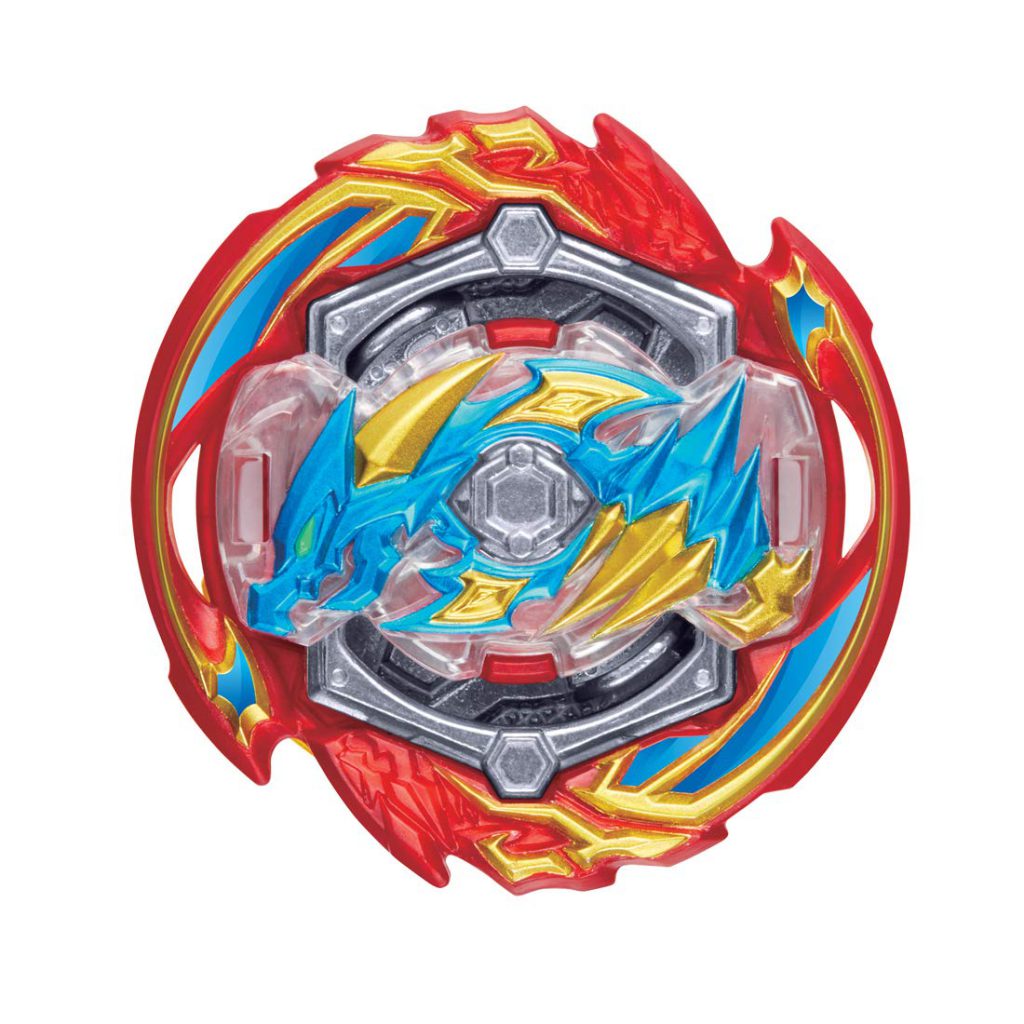 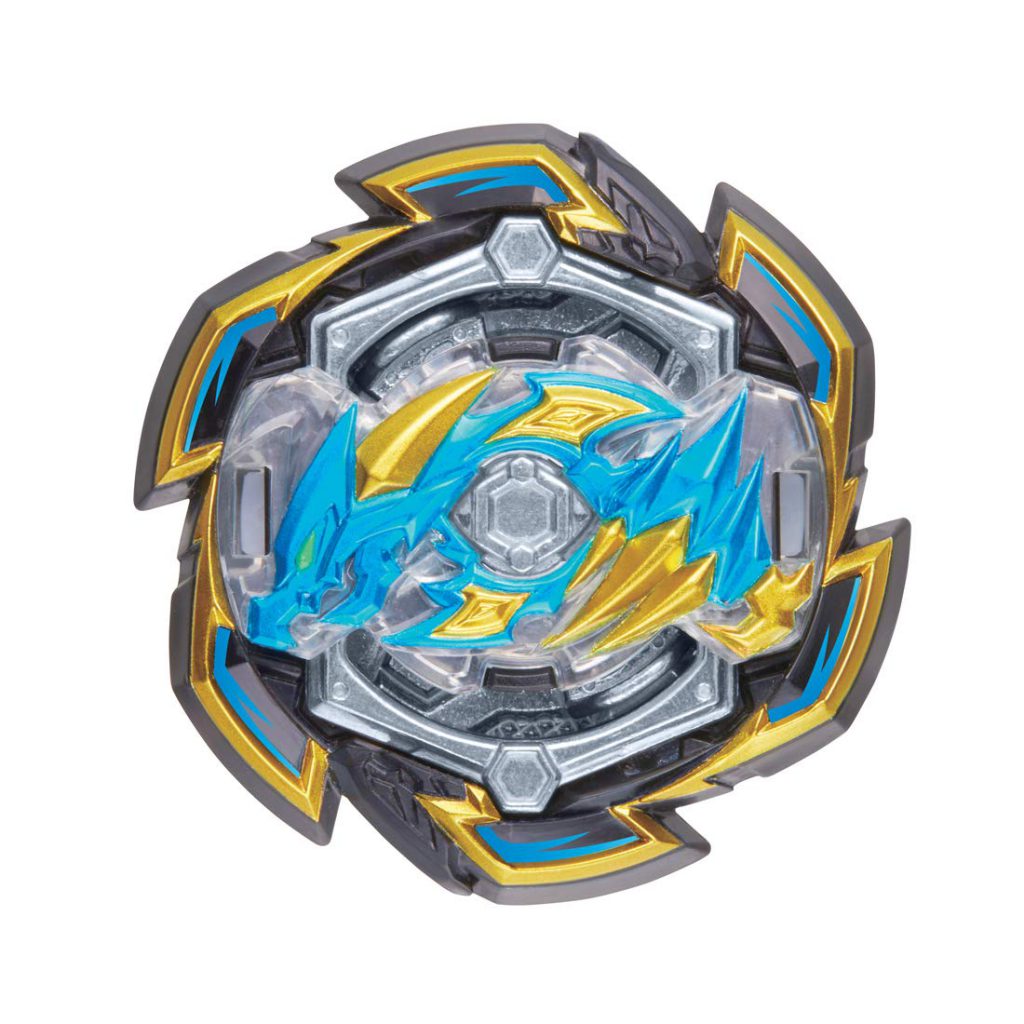 The power drive is different from all the others from past seasons. In addition to the metal part, now there is also a movable plastic part  blue colour. It is designed on the same principle as the energy layer of the third Voltraek. In other words, when the spring allows you to soften the blows in a collision.

The leg of the Dragon driver is cylindrical, small dimater. Usually, this form is characteristic of attacking types. But due to the small diameter, it does not develop beyond the high speeds, but at the same time it is much more enduring. The driver looks like a protective Yard, like in Forneus, but has additional weighting around the edges due to the zinc insert. 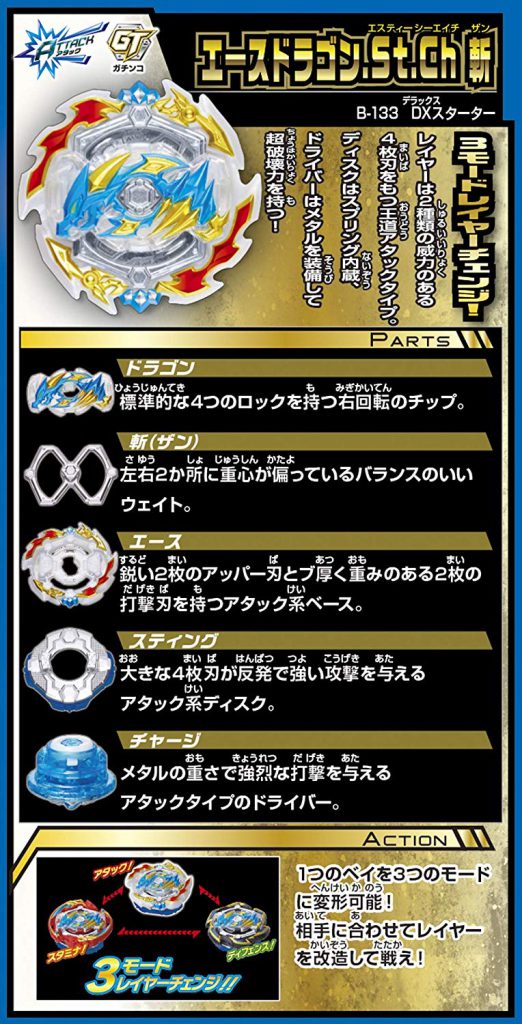