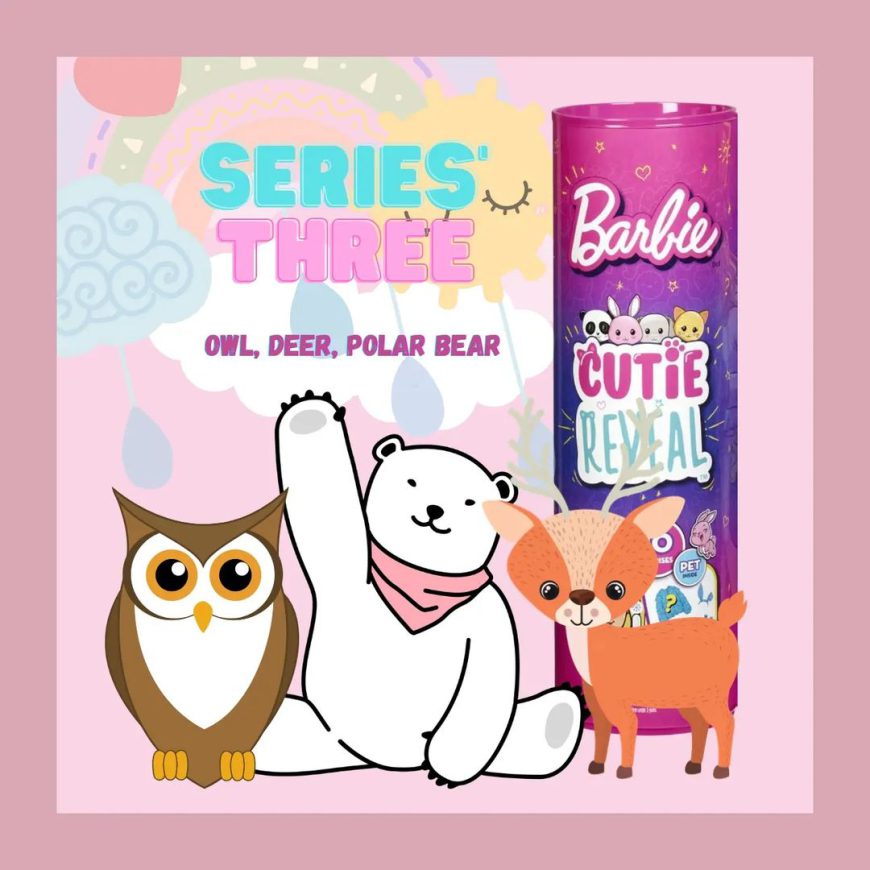 Yesterday we told you great news – the Barbie company launches the start of sales Cutie Reveal 2 series. We told in detail how the second series will look like. What characters will be included. There will be the following characters:

What is Barbie Cutie Reveal 3

As in the second series, in the 3rd series there will be 4 characters. Unique and inimitable character. At the moment we know exactly 3 out of 4 characters. In Barbie Cutie Reveal 3 series you will find:

We still don’t know who the fourth character will be. As soon as we know, we will inform you immediately.