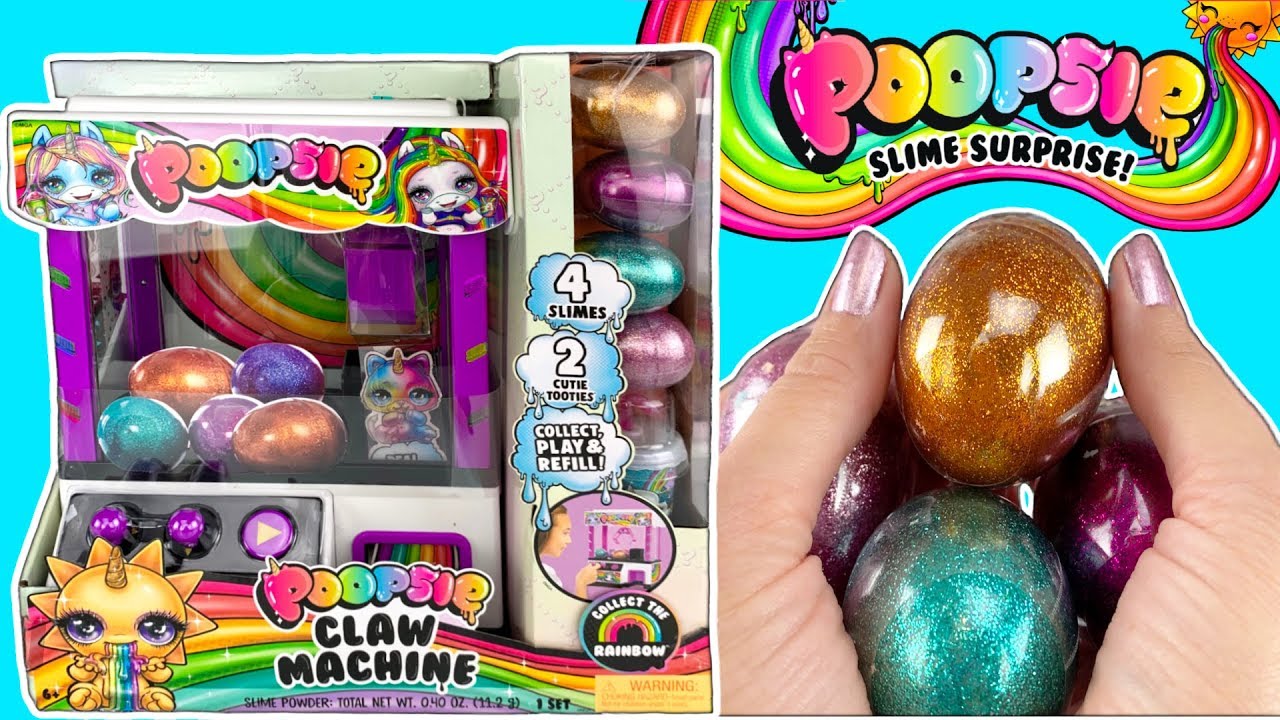 While fans of Poopsie unicorns are awaiting the release of shiny unicorns and fun slam llamas and enjoying fashionable Poopsie Rainbow Surprise dolls, MGA offers to recall childhood and grab a slime surprise with a crane machine. 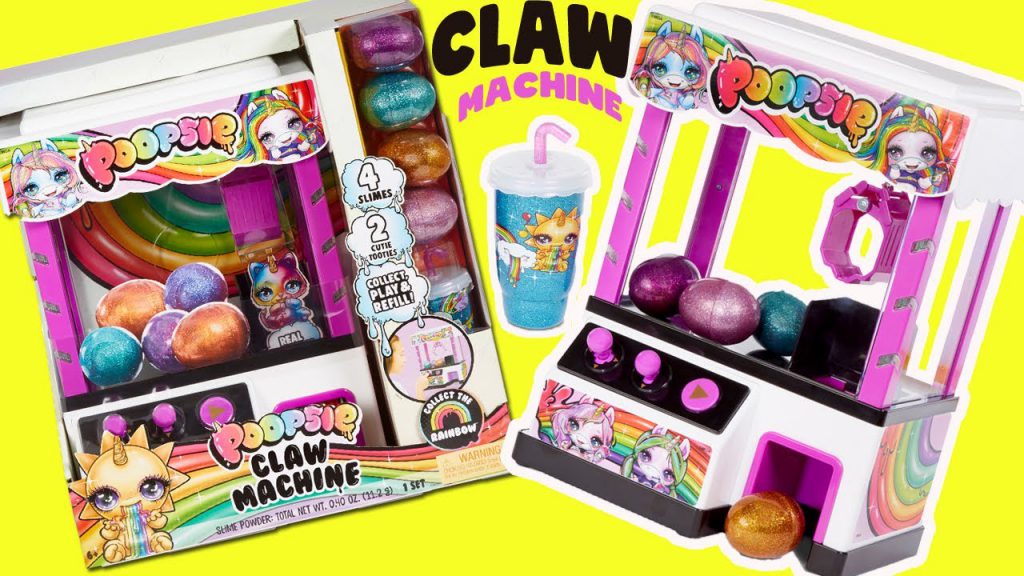 The new game pack will be released on October 1, 2019. True, you can book it now and wait until the seller receives and sends you a new machine with toys and slime next month.

The toy machine shows two unicorns from the Poopsie Unicorn Surprise series. And what is inside?

The slot machine works for real. It is initially empty, and sets with a slime and toys-surprises are packed in the side compartment.

There are three joysticks on the front control board. When the toy is unpacked and the surprise eggs with multi-colored slime are loaded into the “snap”, you can start playing. Using the joysticks, you should direct the “claw” of the machine to the desired egg until you can grasp the surprise well and pull it out.

The company MGA Entertainment thought the game down to light and sound effects. 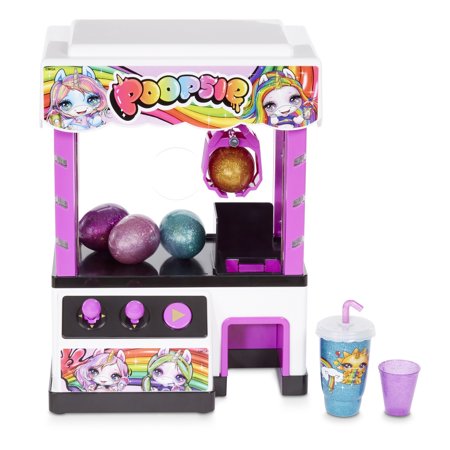 There are only six surprises in the Poopsie Claw Machine, except for the snap machine:

When the set is unpacked and all surprises are open, the machine can be used again and again. Just upload your surprises to the Poopsie Claw Machine – and the child can again control the “claw” to grab toys with the help of joysticks.