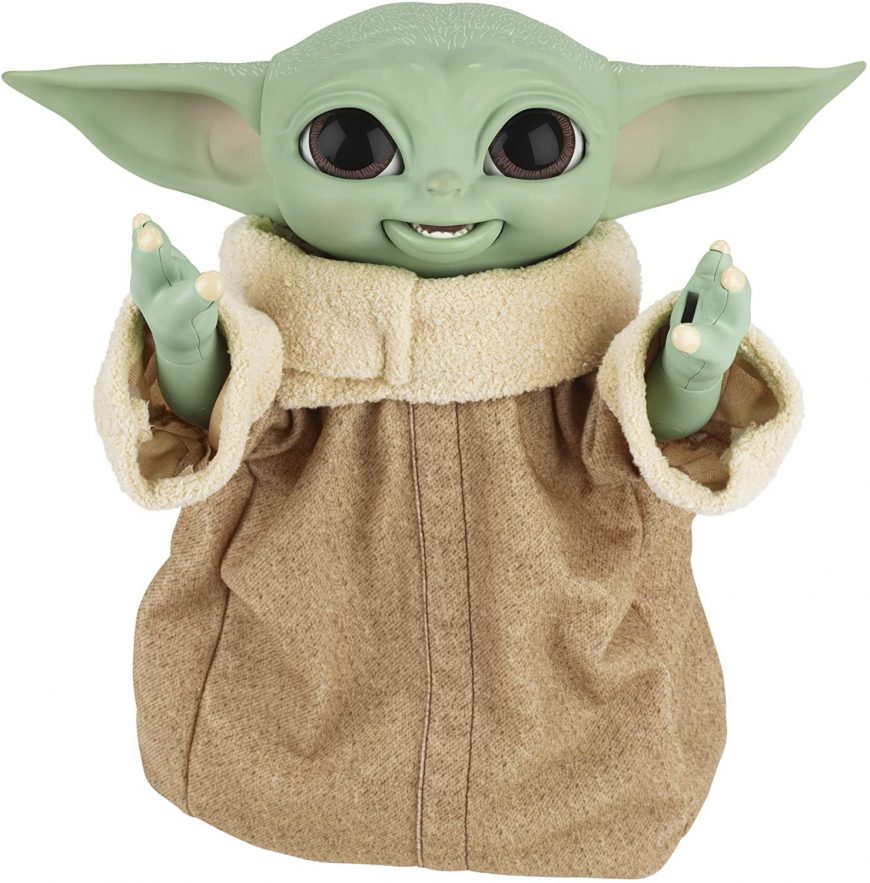 You can find 4 interactive accessories that comes with The Galactic Snackin’ Grogu animated toy. They are :

This doll stands over 9 inches tall and features motorized movements. It can close and open its eyes and move its head, ears, and arms .

He also can show you when he wants to be picked up and held by reaching up with both arms.

The most unbelivable thing is that he can activate a 2-handed Force animation, in which he will mimic channeling the Force! You can help him to do this by patting the Galactic Snackin’ Grogu toy’s head 3 times.

He can react to the snack with yummy or yucky sound effects.

Enjoy your time with Galactic Snackin’ Grogu animated toy from the Disney+series The Mandalorian.

You can buy it on Amazon, Target, Walmart and other US online stores.